Rags to Riches: A Klondex Story

Headquartered in Reno, Nevada, Klondex Mines Ltd. is a mining company well-positioned to further its two world-class producing mineral properties: the Fire Creek project and the Midas mine and milling facility.

The company, which was recently approved to be listed on the New York Stock Exchange (NYSE MKT), has recently overcome a whirlwind of challenges and milestones, including the extraordinary achievement of acquiring its Midas assets. The story resembles a modern day tale of David and Goliath.

Previously owned by Newmont Mining, the Midas mine was hitting the tail end of its life cycle, from both a human resources and a capital perspective, becoming what’s known as a “non-core asset.”

“The acquisition was a natural fit, because not only would it add another producing mine to our portfolio, but it would also cement a long-term milling solution at Firecreek,” said John Seaberg, Senior Vice President, Investor Relations at Klondex.

But with a single asset at the time, the Fire Creek project in Northern Nevada, with no production and a strained balance sheet, Klondex was in a dire situation. In addition, they faced competition in the Midas transaction.

Newmont had signed a Letter of Intent (LOI) in September 2013 to sell the operation to another company. As part of the deal, both parties agreed the LOI would be terminated by October 14th, unless extended by mutual agreement.

But Klondex President, CEO and Director Paul Huet had a plan to tackle this uphill battle and never gave up. “When the LOI was signed between Newmont and the other company, I never got discourage. In fact, it fueled my motivation and forced me to work even harder,” he said.

As a third generation miner, Huet’s upbringing in the mining industry has ingrained the CEO with a tremendous work ethic and matching attitude to work hard no matter what you do.

“I saw firsthand from my father the work ethic needed to be successful in the mining industry,” said Huet.

“He just turned 70 years old and still wakes up every day at 4:30 a.m. to work at an underground mine. He doesn’t know how to fail and that’s our culture here at Klondex.”

Straight out of high school, Huet commenced his mining career as a mine site janitor for a local mine in Timmins, Canada, before eventually working his way through the ranks to earn supervisory mining positions with Kinross Gold in Timmins and Red Lake.

“I was very eager to learn and work hard, sometimes even drilling and operating after hours for free. It launched my path to being a miner and eventually earning the right and privilege to lead a company like Klondex,” he said.

While at Kinross, Huet was selected as part of a next generation leader program that granted him a scholarship to attend the Haileybury School of Mines in Ontario, Canada, while also paying his salary in the process.

“Mining helped paved my way through college, including helping me earn an MBA at Stanford. I’m incredibly grateful for the opportunities the mining industry has presented,” said Huet.

One of those opportunities consisted of working for Newmont Mining from 2000 to 2007, which saw Huet serve various senior capacities, including Mine Superintendent and Mine Manager, at their Midas mining operation.

“The mining industry has opened a lot of doors on the education side for me, but it’s also helped me establish a lot of contacts,” Huet explained. “Many of these contacts have been critical to driving Klondex from a small exploration company to a significant junior mining company.”

To successfully acquire Midas against very stiff competition, Klondex needed to raise money – more money than the entire value of the company at the time. In the face of this nearly insurmountable task, Huet and his team set to work.

Huet’s relationship with senior members of Franco-Nevada, Pierre Lassonde and David Harquail, was the key in getting the deal done.

“I knew Pierre when I worked with him at Newmont, and I basically informed him of my intent to buy Midas and explained how acquiring it would be a perfect marriage of assets with our Fire Creek asset.”

While not easy, Paul and his team were able to raise three forms of funding: $42.6 million in equity, $25 million in debt, and a $36 million gold loan from Franco-Nevada.

As a result of that persistence, Klondex acquired the Midas Property in February 2014 from Newmont Mining, which included the underground gold and silver mine, the Merrill Crow processing facility, related support infrastructure and mining and milling equipment.

“The acquisition of Midas would not have been possible without Paul’s past experience and relationships in the mining sector,” said John Seaberg, Senior Vice President, Investor Relations for Klondex.

“No one knows this asset better than Paul. His relationship with Pierre was instrumental to getting this deal done,” Seaberg said.

“The acquisition was transformational for us, and it occurred during a pivotal point in our company’s development,” added Huet. “To this day, raising $100 million is one of the biggest highlights of my career. On my deathbed I’ll be talking about it.”

Before Huet’s arrival, Klondex was in bad shape—owing more than six million dollars to vendors with only $400,000 in the treasury, the company had negative working capital. Today, Klondex possesses two of the highest grade gold mines in the world, with $60 million in cash, a market cap of approximately $400 million and over 300 employees.

Under the leadership of Huet, the company continues to deliver on its promises.

Klondex continues to develop and understand its assets, especially with Midas. The company recently discovered additional reserves at the deposit, potentially extending the life of the mine.

“A lot of the market thinks Midas is over and that it’s reached its peak, but we’ve just begun,” said Huet. “I’ve never seen a mine like Midas.”

Fire Creek, the company’s other prized asset also continues to show significant upside potential. The company is currently operating an ongoing bulk sampling program, and shipping all mineralized material to its Midas Mill.

“There’s still 93 percent of the deposit untested,” Seaberg said. “We have only scratched the surface with Fire Creek.”

“The correlation of safety and productivity go hand in hand,” said Huet. “If you get safety right, you get operations right.”

Along with being listed on the NYSE MKT in October, Klondex Mines continues to gain momentum and has the potential to become a real powerhouse in the mining industry for years to come.

“We’re not forced by the market or shareholders,” explained Huet. “We’re doing what we set out to do, and that’s make money while becoming a major player.” 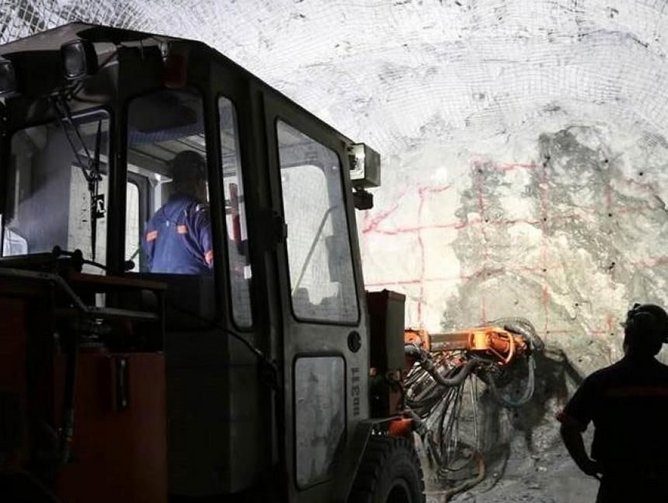 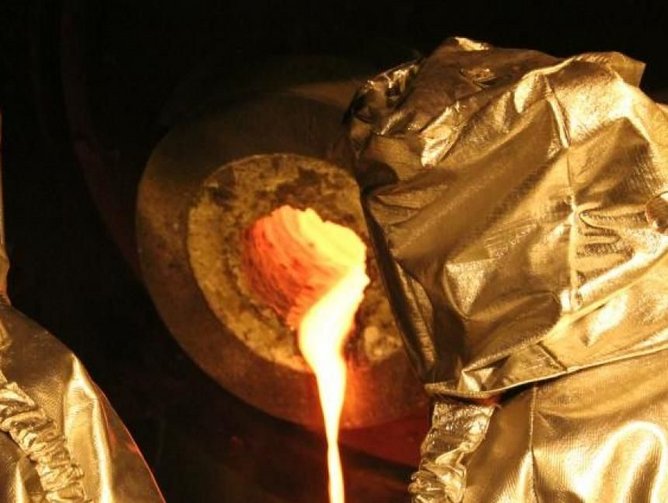 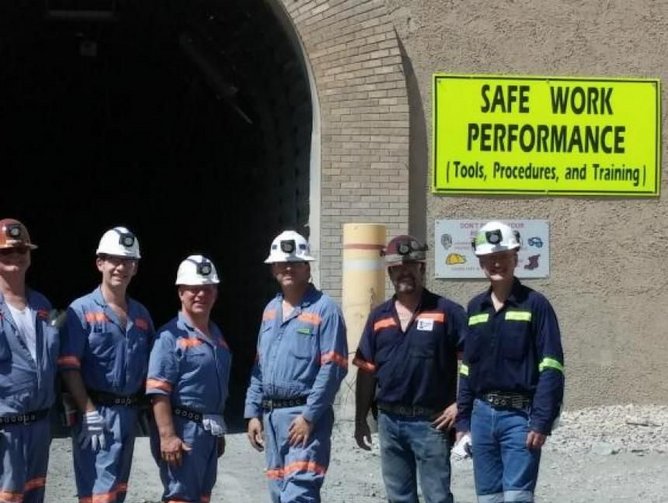 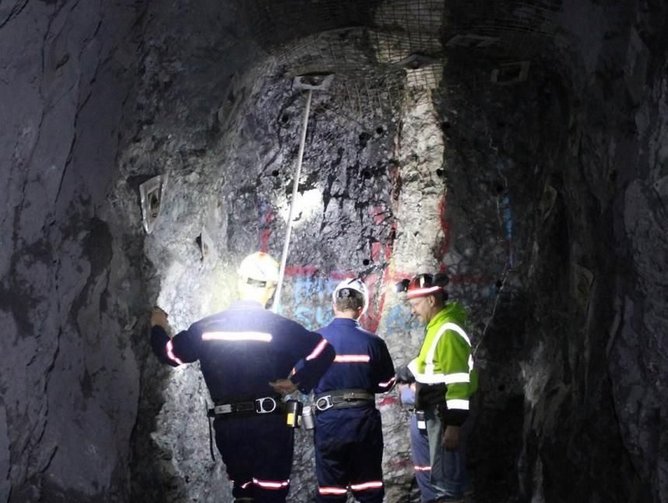 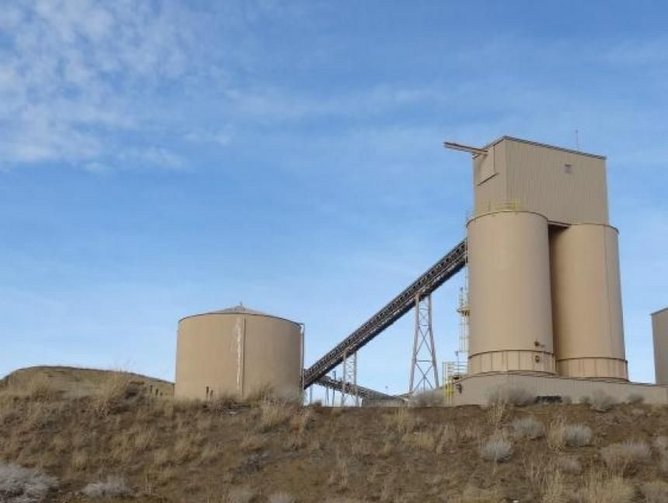 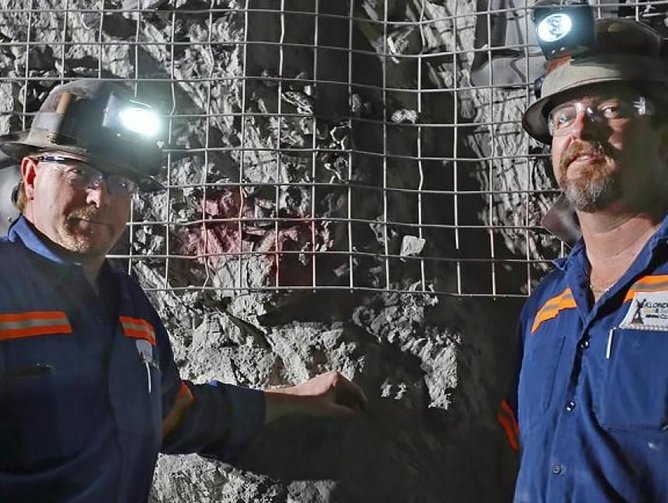 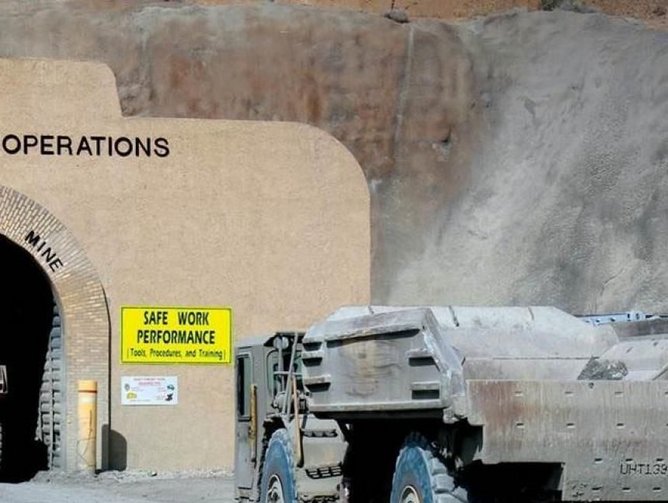 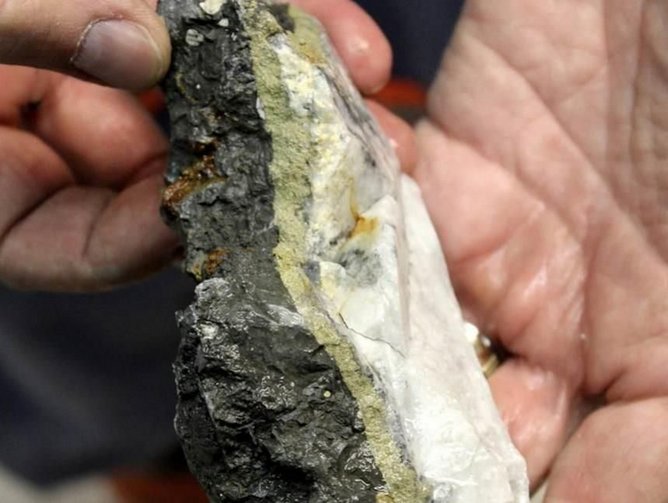