The rise of colocation

The rapid growth of outsourcing data storage requirements has fuelled a now burgeoning industry in the USA, with Infomart taking full advantage and offering best-in-class services

Data is big business. Information is arguably one of the most valuable business commodities in the world today. As the internet scales, and volumes of data exponentially rise, cloud computing is now the industry standard for running vital business operations.

Instead of developing their own data suites, for many businesses it makes more sense to outsource these services to a data center provider and host applications on the cloud. These colocation centers - aptly named because they host different companies under one roof - perfectly cater to their needs, providing the critical infrastructure necessary to power and cool the IT equipment. In addition, co-location providers distinguish themselves by the availability of abundant ultra-fast connectivity security, and best in class operational procedures.  .  In additional to all of these things, Infomart delivers economies of scale, and expertise that are difficult for some companies to achieve.

Back in 2000 when the notion of a colocation data center was a faint flicker on the horizon, Infomart Dallas secured its first data center tenant – a now-prominent retail colocation provider. One of the first colocation providers in the market, Infomart remains a leader to this day, as the Dallas center alone is home to more than 110 technology and telecommunications companies; including several of the top five cloud providers in the U.S. Currently, Infomart has four sites covering key U.S. markets in California, Texas, Oregon and Virginia. Each is very successful - award-winning in fact.

Paul Vaccaro is the senior vice president of operations and engineering. He oversees the standards of technology and product selection across all the sites, and the entire portfolio of development and construction projects. He is also in charge of managing the operations team along with the contractors hired for each project, who tend to number around 35. As he says himself, "At times it is a daunting responsibility."

After spending over 20 years in management at one of the world's most recognizable PC companies, Intel, Vaccaro switched to this leadership role at Infomart because he was ready for a change. It was an exciting opportunity for him to jump into the co-location industry, albeit one that matched his skills and experience. "It's just a great opportunity to learn a new industry, but continue in the path of my first job out of college, which was in a Data Center," he says.

Each of the centers is strategically located to make the best use of the surrounding resources. California's San Jose facility for instance is deep in Silicon Valley, the world's premier spot for high-tech corporations.

Portland's Hillsboro site is state-of-the-art, and a Direct Access (DA) agreement with the Portland General Electric (PGE) means they can choose their energy suppliers in that market, and that power will be delivered through PGE’s grid. Moreover, a Power Purchase Agreement (PPA) with Noble Americas Energy Solutions enables Infomart to purchase electricity sourced from Pacific Northwest-based federal power agency Bonneville Power Administration (BPA), which is among the largest suppliers of hydroelectric power in the U.S. and boasts one of the lowest carbon footprints in the country.

Infomart Ashburn is located in the top data center market in the U.S., a hotbed for cloud and connectivity services, and while it may be the company’s newest location, it has tremendously good form. Previously owned by AOL, it sits in the Dulles Technology Corridor’s “Data Center Alley”, so, unsurprisingly, it's one of the most connected properties on the East Coast.

Infomart's flagship data center in Dallas successfully delivers 21st century services in terms of power, cooling and network connectivity despite being modelled on a 19th century British design - that of the original Crystal Palace in Hyde Park, built in 1851. It actually has the fifth-most connected network of any building in the U.S. The striking glass design boasts an impressive 1.7 million square feet set over seven stories, and immediately stands out from the other constructions in downtown Dallas. "Everybody knows Infomart Dallas because of its architecture, but not a lot of people understand it's actually inspired by the Crystal Palace," Vaccaro adds.

Competition in the data industry has been fierce in recent years. But Infomart has the edge over its rivals because it has several unique approaches to its business. "It's our ability to consistently execute and deliver, plus being a very sustainable company," Vaccaro explains.

Sustainability is at the very core of everything Infomart does. Droughts hit California hard every year, and data centers traditionally use substantial amounts of water to cool down their servers. So, Infomart's San Jose plant uses 'greywater' recycled from wastewater. Hillsboro has an award from the Energy Trust of Oregon for their ground-breaking water-cooling system and commitment to using renewable energy.

Of equal importance is Infomart’s expertise and how closely the team partners with the clients. They have working sessions ahead of each project to make sure they come up with the fastest, most specific solution that's custom-built start to finish. "It's very important that Infomart is the advocate and expert on our customers' business and technical requirements," Vaccaro explains. That way we can work on behalf of our clients with the architects, designers, and equipment suppliers to deliver state of the art and industry leading efficient offerings.

“Vertiv systems are redefining the data center infrastructure space. These solutions are intelligent, self-optimizing and rapidly deployable, and help meet the growing IT challenges and demands of colocation customers,” Valiulis said.

The company has a negligible amount of staff turnover, mostly because there's a strong focus on developing and promoting its existing talent pool. "People are very excited about the work they see at Infomart and they're very loyal to that," Vaccaro says.

Last but definitely not least, Infomart presents very good value for its customers. The company has proven cost effectiveness in following a sustainable business model and delivering speedy work, with the savings passed directly to the customers. This approach has won very large deals with some of the biggest social media companies in the U.S.

This was confirmed by an advisory organization in 2012, when the Uptime Institute awarded Infomart Silicon Valley with the Uptime Institutes Management & Operations Stamp of Approval. "It's very important to have an independent auditor come in and transparently open the books," Vaccaro says. "It's a seal of approval that shows the design for our data center is efficient, and our resource utilization is under tight operational control.

It's exceptional that Infomart has been awarded the Uptime Institute M&O Stamp more times than any other data center - San Jose and Portland, Oregon have gone on to win every year it's been awarded since the original award in 2012, and Dallas followed this year. It represents a recognition of Infomart's high standards in energy efficiency, site location, staff and vendor training, and the design of the buildings.  Most recently Infomart’s Portland facility along with our anchor tenant at the site, were awarded the Uptime’s Efficient IT award. This is a clear example of the differentiator an effective partnership with the end client, resulted in constructing a world class sustainable facility, and an equally efficient IT Operation.

Growth is Infomart's biggest challenge. As the business attracts more and more high profile customers, expectations for the services the company can deliver will rise too. "You have to scale those things beyond what you would traditionally do as a colocation center," Vaccaro says. “Things like increasing power densities, new cooling technologies, and new certification requirements from a vast array of differing customer segments."

In the last quarter of 2015 alone, the workforce carried out an impressive 500,000 hours of construction work, with impressive safety record of zero lost hours  across all sites. Getting bigger means the workload will increase too, which will pose quite a challenge. "The key is the relationships we have with our designers, contractors, and with our vendors and suppliers," he says, "it is Infomart’s ability to leverage those relationships to a common set of success criteria." 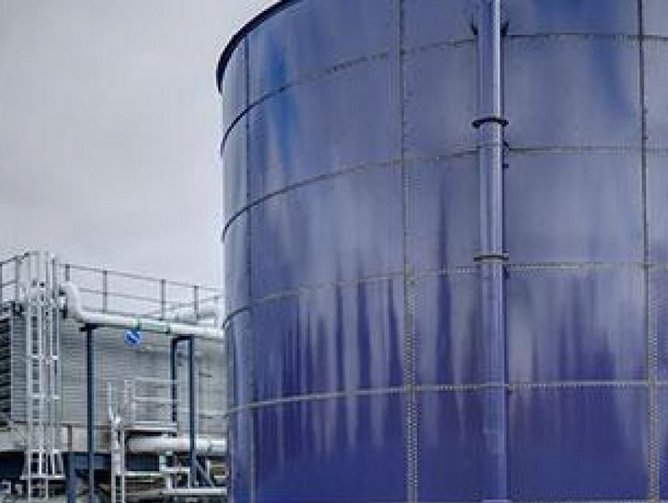 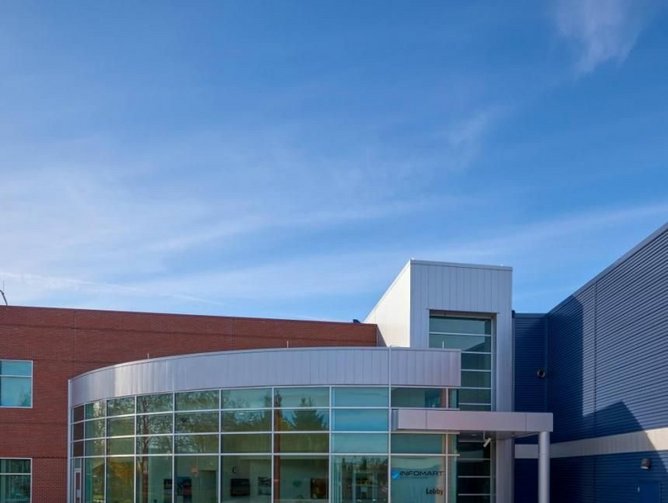 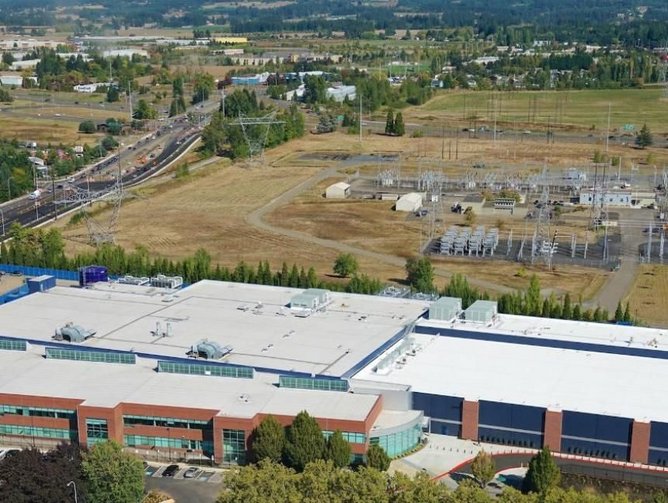 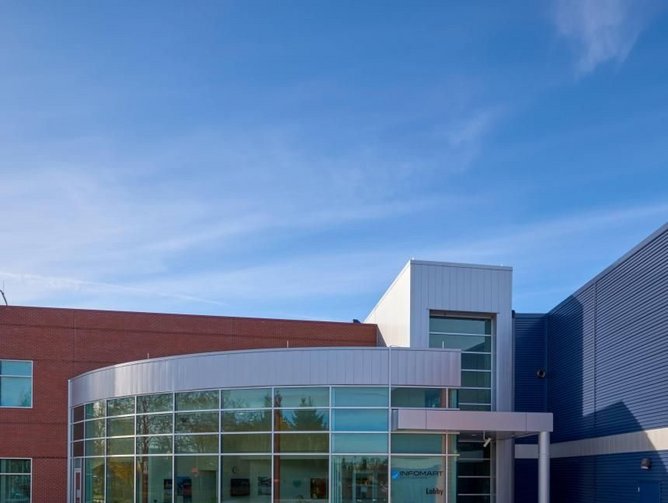