View Full Report
Stephen and Gabino Roche, President and CEO, discuss overcoming risk-aversion in finance and how Saphyre is disrupting an inefficient system...

In an era of increasing digital sophistication, the extent to which out-dated technologies, techniques and processes continue to weigh down even the largest companies in finance is surprising. Not content with simply disrupting the pre-trade space with an integrated onboarding platform, Saphyre offers clients an intuitive, easy-to-use experience that belies its sophistication. Founded in 2017, it is an iconoclastic company that desires to break down barriers in a sector easily siloed and fundamentally believes in creating a streamlined and user-friendly alternative that enables customers to generate revenue faster.

“I've always built technology products from scratch; that's always been kind of my thing,” states Gabino Roche, CEO. An experienced and successful business-technology leader with 20 years of expertise gained from executive roles at some of the world’s most prestigious organisations, he says that the knowledge gained from these companies regarding product R&D has been invaluable to the development of Saphyre. “I learned what five of the major US banks were doing in this space and then also what their clients in the arena needed.” The process of mapping these two aspects together would prove crucial to the company’s development. Also adding to Saphyre’s strong leadership is Gabino’s brother, Stephen Roche, President. With a background focusing on business development and emerging communications tech, Stephen says that new innovation has always “enthralled” him. “I've worked with a lot of Fortune 1000 entities and it's always been a challenge to introduce new technology: companies always view it and the associated operations as an expense. However, it’s also been a good learning experience because I would help them realize a successful model, and that has allowed me to advise the Saphyre team on how best to allocate resources and grow.”

Allowing clients to digitise their emails, faxes and spreadsheets through an accessible platform and powered by ATTOM ((AI Tracking of Transactions and Operational Metadata), its patented artificial intelligence (AI) workflow management technology, Saphyre integrates data sharing, real-time messaging and transparency. Developing a successful product for pre-trade was an integral part of Saphyre’s development. However, as Gabino explains, this was only half the battle in establishing the company’s place in the market. “The other half was actually planning the adoption strategy; how do you get clients, individual users, or even institutions to adopt a new technology that's never existed before?” A believer in appealing to the “selfish interests of the client”, he relates that, by focusing on both cost-reduction and increased revenue, the company has been able to gain attention quickly. “Clients can start trading and making money straight away, meanwhile the custodians are also making money by collecting interest and fees. Our overall strategy is to digitize the pre-trade space, not just for the benefit of trading, but also for trading and post-trade.”

Core to the Saphyre’s ethos is the idea of ‘levelling the playing field’ or, in the company’s own words, “disrupting a broken system”; it is adamantly opposed to the innovation-stifling bureaucracy that permeates so many aspects of finance. “We chose to take on this endeavor because the status quo wasn't serving people’s best interests,” explains Stephen. Wary that some firms were initially reticent to take notice at first because of (unrelated) unfruitful tech initiatives that spawned risk-aversiveness, Saphyre’s first mission was to prove that it could outperform expectations, which, Stephen continues, it soon did. “I started with the company in May of 2017. We released our first product in the fall of 2017 and we went live with our first client in March of 2018. We just cut through the bureaucracy and deliver what the client actually needs.” Maintaining a spirit of innovation among its staff is also highly important at Saphyre, which it achieves through genuine employee empowerment and a dual-layered workforce dynamic: one team consisting of product managers, industry experts and user experience designers, and a second team of coders, to whom the middle and back-office operations are taught in order to establish the appropriate context as they work. “What that does is structure things so that the technology team is uninterrupted, and they know what we give them is solid because we've already validated it several times with our innovation team,” Gabino explains. “Working at some other financial institutions three and a half years ago, you would never have seen those two things combined together.”

Boosting Saphyre’s standing in a cautious industry has been one of its key challenges, particularly when other companies in the space compound the issue by over-promising and under-delivering. “And then, when you have a fintech startup saying, ‘We can do all these things too,’ people might look at our size and question it,” says Stephen. “However, we’re bringing a phenomenal user experience,” Gabino adds, “If we needed to hire armies of people to support a business, that would undermine how advanced our platform really is.” In some respects, market differentiation hasn’t been difficult for Saphyre at all: possessing a portfolio of 48 patents and a unique offering in the pre-trade market, Gabino states that, prior to the company’s formation, there was no competition at all. Therefore, Saphyre’s team has been able to instead focus on raising the digital transformation of pre-trade to a higher standard. “When institutions in the finance space make investments, they invest in trading and post-trade because that's where the money's to be made. I'm not suggesting that pre-trade gets ignored, but you'd be surprised by the amount of Windows 95 and legacy infrastructure that still exists out there.”

Any ‘glass ceiling’ that might have impeded Saphyre has been countenanced by the announcement in mid-September that it had struck a partnership with JP Morgan and BlackRock. Deployed to digitize their account opening workflow, produce improved scalability and remove manual processes, the two companies’ choice to leverage Saphyre’s technology has given it a significant credibility boost. “We were selected because Saphyre is the only one in this space, and [JP Morgan and Blackrock] were tired of pseudo-monopoly financial firms dealing with 1980s technology or faxing data information,” says Stephen. “It's our reputation and consistency of execution that has led to this great news.” Indeed, the partnership can be viewed as simultaneously a validation of Saphyre’s value and an illustration of the importance of collaboration, no matter how large a financial institution might be, a conclusion that Gabino concurs with: “If you try to be the master of many things, you'll be the master of none. Saphyre has opted to be the master of one thing, which we do extremely well.”

Saphyre’s new partners have been vocal in their support for the company:

“Saphyre has been instrumental in transforming the account opening experience for our clients. J.P. Morgan was an early adopter of Saphyre and is now live in production after successfully testing its value proposition for over 6 months,” said Naveen TV, Managing Director, JP Morgan’s Securities Services.

The full details of Saphyre’s momentous partnership with JP Morgan and BlackRock can be found here.

Emerging from the COVID-19 pandemic relatively unfazed, owing to its high-tech operational infrastructure, Gabino even posits that certain aspects of the business, such as setting up meetings, may have become easier. “Traditionally, I would have to fly across the world, go to people's offices, make pitches, etc. Now, relying on Zoom and Microsoft Teams, I'm actually more busy because I don't have to allocate that additional travel time; I’ve got meetings back-to-back.” Subsequently, Saphyre has been able to concentrate on its mission for 2021: eliminating 70% of manual post-trade activities, a complement to its uncontested work in the pre-trade space and demonstrating its holistic, end-to-end grasp of the trade process. “Our model is sophisticated yet simple; we’re constantly exploring how to streamline the entire experience and make it more user friendly,” concludes Gabino. “In the world today everything is siloed, but we're breaking down those walls and bringing it all together.” 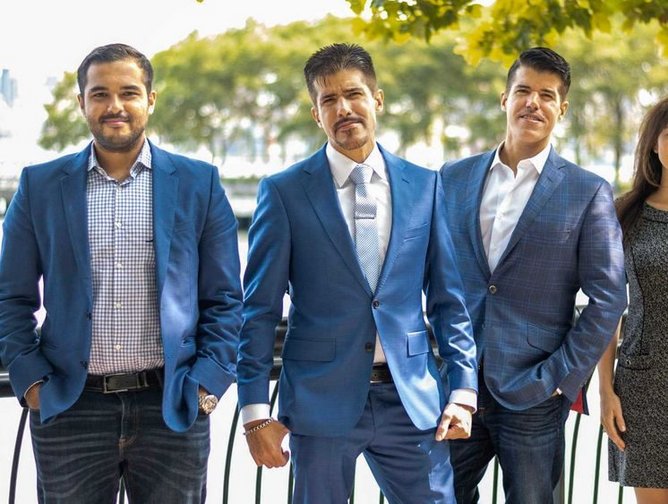 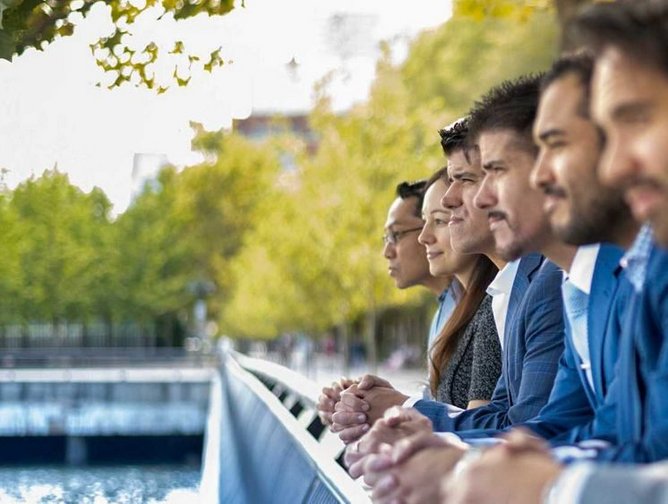