Sprint: Competing with the technology giants through supply chain transformation

Mariano Legaz has inhabited the frenetically evolving world of telecoms since he joined Verizon International in Argentina in 1995, at which time he was still a student. He moved to the United States in 2000, and it's significant that he remained with Verizon until his appointment at Sprint in April 2016.

He brought with him a deep understanding of the business, having served in senior roles in planning and engineering. He eventually became Verizon's director of capital planning and analysis, managing an annual budget of $17 billion. It was not until 2009 that he put on a specifically supply-chain hat as vice president of Strategic Sourcing and subsequently VP of global supply chain services, CPO and regional president in Florida.

Legaz's appointment was a key component in Sprint's turnaround strategy. For 10 years, until 2015, the company had been losing customers and staff, burning cash and watching its margins dwindle. Since Japan's SoftBank acquired Sprint in 2013 for $21 billion, and despite billions of dollars in investment by its new parent, Sprint continued to struggle and lay off employees.

Mariano Legaz – the career path to the CPO's office

Lean credentials: Married and a father of three, Legaz is an accomplished distance runner and has participated in several marathons. Among his most recent achievements was a top three finish in his age group at the October 2016 Waddell & Reed Kansas City Marathon.

To achieve this, tightening up the supply chain management function was essential, and Legaz is happy with the company's progress so far – his organization has contributed substantially to the company’s recovery, but he is the first to recognize a shared effort.

“Over the last two years or so we have made great strides and have produced significant results,” Legaz says. “First, we have started growing again. We think of 2015 as our recovery year; last year we call our comeback year because we won back business, showed growth, and became cash positive for the first time in a decade or more.”

Customer churn - the ratio of customers switching away to new customers gained - is the key indicator in this business. In 2014 Sprint lost 1.5 million (net) customers, but in 2016 it got them back and gained 930,000 (net), reversing the negative churn.

“The fact is that in two years we have gone from losing more than a million to gaining almost a million,” he adds. “Put another way, that was almost a 2.5-million-customer swing, and that is remarkable in our business.”

Sprint's rating has improved, he says, and it is rated the number-one voice network across the country. “Previously we were losing customers at a rate of 2% a month, but in 2016 our churn fell to about 1.5% and it is still coming down.”

Just as important, brand perception surveys have raised Sprint to a four-year high, leading all competitors in places as diverse as Colorado Springs, Cincinnati, Portland and St. Louis. So much has been achieved already, and remember this is only year two of a five-year transformation program.

Already Sprint has shown it can defy the odds and execute one of America's most iconic turnarounds, not only in reversing its customer decline but in also now being recognized as one of the top places to work, according to The Atlanta Journal Constitution.

The value of procurement

One of the pillars of the transformation was necessarily cost reduction. Instead of the $30 billion the company spent in 2013, it now spends about $22 billion. “That means we've achieved a better than 20% reduction in our costs during a time of growth. That is what I mean when I call it a transformation!”

Although he is not minimizing the part his organization has played in this achievement, Legaz emphasizes that it has to be a company-wide effort with every individual and every department playing its part.

“Throughout my career I was always being asked about how to validate procurement against cost savings value and efficiency. At Sprint the same questions also arise. Naturally we measure our internal productivity in light of negotiating savings and the internal processes of procurement, how we drive efficiency and the like. But when it comes to the precise savings, I can just look at our annual report and see operating expenses going down by a billion to $2 billion every year, so there is no doubt that the job is being done! Procurement is just one component of this transformation. I do not by any means try to say we are driving all of those savings. Clearly a lot of savings are being generated at the company level, and we can happily point to those efforts and say we are a part of that.”

Legaz says procurement has become an integral part of the decision-making process, a truly strategic function, embedded in the company to help balance its needs and expenses. That said, and despite his humility, in just over a year he has made identifiable and measurable improvements.

“It was a surprise to me that the company didn't have much in the way of procurement level metrics, so the first thing we did as a team was to develop a series of simple but meaningful high-level metrics to measure our productivity, our efficiency and our contribution. For the first time in the company's recent history, we were tracking sourcing savings at the project level and we were also tracking all the cost-reduction initiatives when negotiating new contracts.”

This also meant a change in the way Sprint acquired services or products. “We started tracking all of that at the project level,” Legaz adds. “We now have very good metrics. We can measure how much we are saving by organization, by project, and even by individual.”

Creating these metrics gave Legaz visibility over the company's costs. Additionally, he introduced regular meetings with key executives across the business to assess current demand, their forecasts, and the major projects they had in hand. He strongly believes that his organization should support finance, marketing, HR and so on. Because traditional procurement is no longer a major driver of value, the relationship should be hands-off.

“The procurement process doesn't need to be exclusively led by the procurement team – we stay in touch, but we don't always need to get deeply involved,” Legaz says. He is proud of the team he has formed over the last year, taking the opportunity provided by natural attrition to refresh the talent. It is now as lean and efficient as any.

“I can put our team against comparable global teams and we will definitely come in the top quintile,” Legaz says. “With about 200 people handling procurement operations and also inventory management and logistics, we manage over $10 billion of annual spend.”

Note: This does not include the real estate side of the business, which he also oversees. It's a very active space as the company builds new stores across the country and converts the portfolio of former RadioShack stores it acquired from the latter's restructuring. Much of the acquisition processes involved here are outsourced as Sprint increases its high street presence in under-represented locations.

“We're going after specific target areas to increase penetration in places we think we can do best – the market is responding really well to the quality of service we are now offering,” Legaz says. However, real estate that supports network and transmission towers is all managed by a dedicated in-house team.

Legaz’s team is now turning its attention to analytics as it revamps its spend analysis process, collecting, cleansing, classifying and analyzing expenditure data with an eye to cutting procurement costs further. At the same time, they are improving efficiency and monitoring compliance. To this end, the team is creating a new 'spend cube' to give great insight into the relationship between commodity, cost center and vendor.

At the beginning of 2017, Legaz pressed the button on an implementation that will, he is convinced, ensure that the new procurement strategies become firmly rooted. The existing strategic sourcing software suite was neither capable enough nor easy to use, so in June last year Sprint published an RFP to find the best replacement. In August 2016, having reviewed all the available software - considering supplier registration, project management, sourcing, contracting, spend analysis and supplier performance from the point of view of usability and functionality - Sprint made its choice.

The solution that combined much better usability than the previous tool with better functionality is Ivalua, a world-class, end-to-end suite of procurement modules.

“Our focus during the first phase was on simplifying the user interface from our previous tool and on taking advantage of extra things it offered like a more robust auction setup functionality to run more hands-off auctions,” Legaz says. “We are currently working on finalizing business requirements for phase two (contracting, spend analysis, and supplier performance). We couldn't monitor supplier performance before, so we will now have better visibility into our supplier risk and performance.”

The Ivalua implementation is the big sourcing story of 2017 at Sprint, but refining the procurement processes and adding analytics functionality is a never-ending quest. As clarity improves, gaps are identified so investments are being made and people hired to fill those gaps.

“At the same time we are launching a full-curriculum training effort to give our people better tools and to increase their capabilities,” Legaz adds. “We don't believe in dogmatic positions though. There have to be many ways of achieving goals in a diverse business like ours. Some processes are complex and specific to the business unit that is dealing with them; some are, well, just commodities.”

Within Sprint there is clearly no bias when it comes to gender or country of origin: Legaz hails from Argentina, and Sprint CEO Marcelo Claure is Bolivian. Equal opportunities are at the heart of the company's ethos, says Legaz, and he hasn't had much to do to create a diverse sourcing policy.

It's more of a statement of his position: “We love to provide opportunities to small or minority-owned businesses. That is important because they are the engine of the economy. Over my career I have found that such companies tend to be the most innovative – in the way they do business and find efficiencies, they are a huge generator of new employment.”

It's very satisfying, he adds, to find that even the large technology corporations that partner with Sprint tend to be leaders in diversity, business ethics and equal opportunities. “But we at Sprint are leading the way,” Legaz states. “Even in the tough times this company never deviated from its ethical stance or its respect for social and legal responsibility. It is comforting to be a part of such a group.”

As a provider of both telecoms hardware and networks, one very practical demonstration of this aspect of the company is the 1Million Project, which aims to provides devices and service to 1 million low-income students.

There are an estimated 5mn families in the United States with students who do not have access to the internet at home. With 70% of teachers now assigning internet-based homework, these students do whatever it takes to get connected. They go to hotels, restaurants and other businesses to use Wi-Fi, wait in long lines at the library, or stand outside a school at night or early morning trying to get a Wi-Fi signal on their phone.

Through the 1Million Project, Sprint and the Sprint Foundation will provide free wireless connectivity and a free device during high school to 1mn low-income high school students who don’t have home internet access.

Asked to summarize his philosophy, Legaz ponders for a moment before replying: “I believe in process excellence and in data and analytics being a huge enabler to making smarter decisions. A capable workforce is critical, but even more important and critical is to drive engagement and participation and the recognition for your talent. As an organization, we are committed to process excellence and customer satisfaction, but also to providing an environment where people are truly engaged and motivated.” 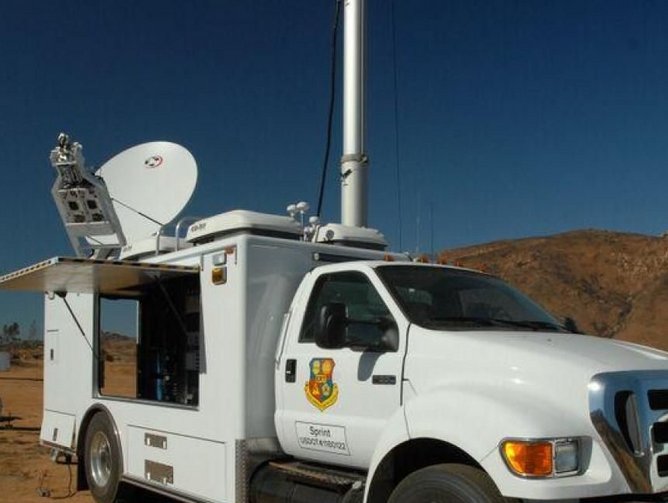 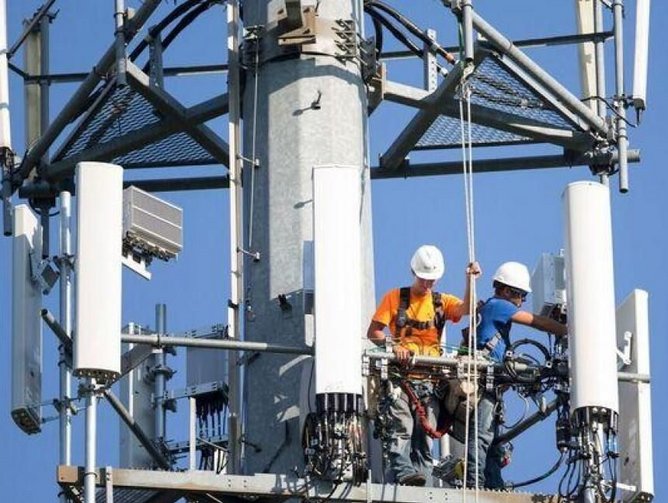 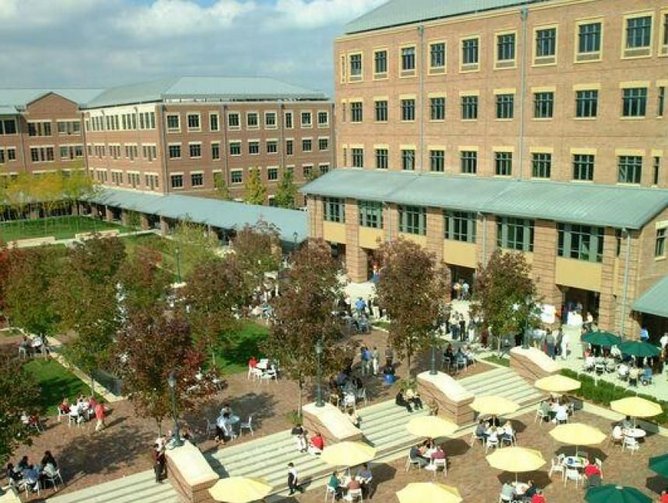 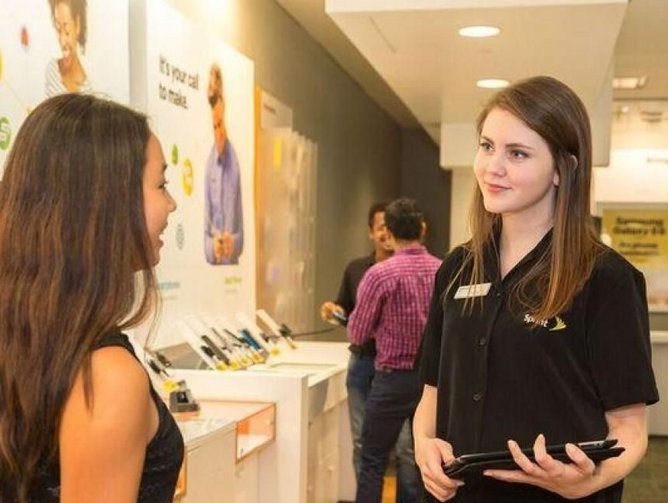 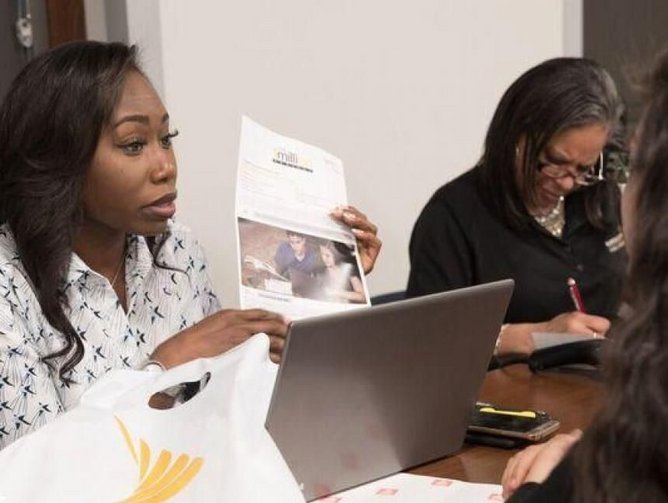 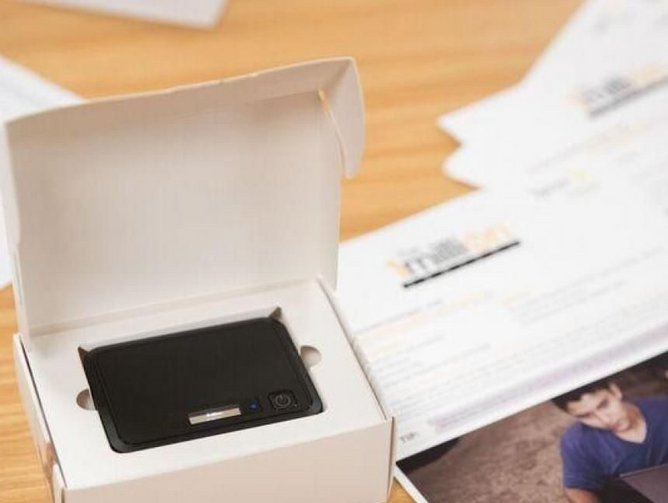 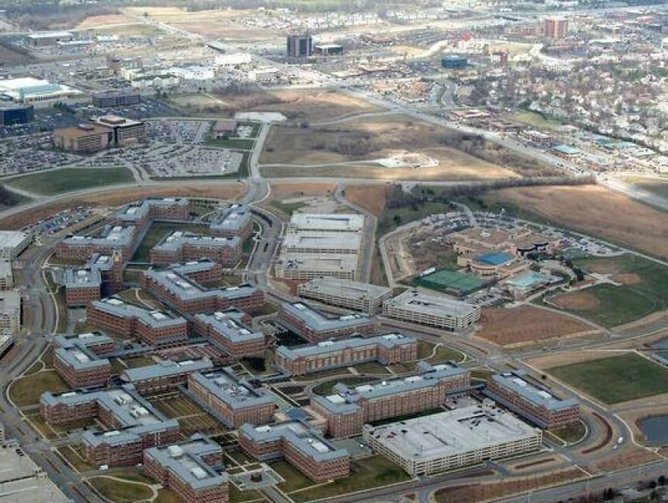