Tesla, Reno and the road to Nevada’s number one

Reno may be dubbed the ‘world’s biggest little city’, but on its doorstep lies one of the largest construction projects in the entire United States.

Pioneering car manufacturer Tesla is building a 21 million square feet battery-producing ‘Gigafactory’, just east of the northern Nevada city, and Helix Electric has been instrumental in electrical construction. This is one of many projects currently underway for the company in the north of the state, this having opened a regional office earlier this year.

Spearheading the drive to become number one in the area is Helix Electric’s Nevada President Victor Fuchs, who is quick to express the tremendous potential for business to thrive. “We think the northern Nevada market is going to boom,” he says. “With our skillset we’re working to become the leader in this region!”

The full spectrum of Helix’s skillset is being deployed at Tesla’s huge manufacturing site. Based near Reno, the ‘Gigafactory’ started production in January having broken ground in 2014. By the time it is fully operational in 2018, it will be able to produce more vehicle batteries than the entire global output of 2013.

“We’ve been on the ‘Gigafactory’ project for the last 18 months, and have finished several pieces already,” comments Fuchs. “This is a 21 million square foot building, and thus far, we’ve  completed work on the central plant, B section, the nitrogen plant and are now doing the ‘D and E Prime Wing’, which is roughly a million and a half square feet.”

Helix is responsible for the one of the phases of electrical work from the substation, which includes lighting, controls, tooling and more.

“This is a very unique project and there aren’t many projects of this magnitude being built across the country,” Fuchs adds. “These are big numbers, but we are used to working on million-plus square feet projects.”

The site needs to be vast to ensure production can keep up with the number of electric cars Tesla plans to release in the coming years. The completed site will bring over 4,000 new jobs to the area and is expected to help Tesla reduce its production costs by some 30 percent.

The factory will be powered by a massive roof of solar panels which will be installed towards the end of the project, something which Fuchs is more than hopeful of playing a part in. The ultimate aim for Tesla is for the facility to be carbon neutral, just like its cars.

Although the Tesla project may be one of the largest Helix has under construction, it is not the only reason for establishing a permanent office in Reno.

“We’ve made a commitment to become a local regional contractor in Reno,” says Fuchs. “Many of our key people have moved here and we’re looking for additional talented players to join our winning team.”

Fuchs goes on to cite many completed and ongoing projects already on the books in northern Nevada, including several hotel projects such as a new ‘Hampton Inn’ by Hilton in Sparks, along with numerous multi-family residential complexes. The next few months will also see the design stage of various industrial projects move into construction, at which Helix will provide electrical expertise.

Education and medical sectors are also active for Helix in the region, where in Fallon, one hour east of Reno, the company is expanding the Banner Hospital. Fallon is also home to the Navy’s “Top Gun” training program, with Helix being part of the P420 Air Wing Squadron and P418 Vehicle Maintenance projects, as well as the electrical for officers’ housing.

“We pride ourselves on being a diverse contractor and we try to get involved in many different sectors,” says Fuchs. “Whatever the requirement, we can work a solution.”

Founded in California in 1985, Helix has been building up its vast portfolio for more than 30 years. It now comprises two standalone companies - one with offices all over the state of California, Washington DC, Hawaii and the Nevada arm that formed in 2001 with sites in Las Vegas and Reno.

Fuchs first joined in 1987 as Assistant Estimator climbing through the ranks of Division Manager, Vice President and Executive Vice President, before moving to Nevada and acquiring the Las Vegas company. Under his helm, Nevada's Helix Electric is now the largest non-union electrical contractor in the state.

In the last year it constructed a huge PV Solar energy-saving system for IKEA's Las Vegas store and created a training center for people with disabilities to learn skills to live independently.

The IKEA store opened last March with more than 3,000 solar panels on its rooftop, custom- designed and installed by Helix. These are preventing over a thousand tons of CO2 emissions from being released into the atmosphere each year. It's the biggest solar panel project of its kind in the state, and the furniture retailer's largest outlet in southern Nevada.

In spring last year, Helix was involved in building two unique ‘state of the art’ facilities for the Regional Transportation Commission’s Mobility Training Center. One is an indoor simulated streetscape complete with crosswalks, actual buses and a sound system playing traffic noise, for participants with disabilities to become comfortable crossing busy lanes of traffic and navigating the public transport system in a safe environment. The second facility is a fully equipped two bedroom house with a kitchen and bathroom, for the blind to acquire the skills necessary to go about a daily routine independently. Called Angela's House, this is the only training facility for the blind in Nevada.

Several of these projects have won awards. The IKEA construction won the ‘Spotlight’ Special award for “Best Retail Building from the NAIOP”, the leading trade association for commercial properties. The mobility center was named Best Public Building by ENR Southwest, an American construction magazine.

Acquiring these innovative projects is directly proportional to carefully watching the market to see what's coming up. "We have a great procurement team," Fuchs says, "and we see what projects there are. We approach the customers, and because of our longevity, financial strength and competitive pricing we're very fortunate that a significant number of times we've been selected by customers to be their contractor of choice."

Such an impressive resume was a key factor in securing the work with Tesla, as Fuchs goes on to explain: “It is about our experience, our people, the safety and training of our field resources, and our supervisors who have made a commitment to relocate to Reno to see this exciting project through.”

Health and safety: no compromise

Another crucial factor that places Helix in a strong position to win contracts is an exemplary health and safety record.

“We don’t compromise on safety, and our stats prove this,” Fuchs states. “We have an outstanding record and Lawrence Fry, our Regional Director of Safety, has done a great job! We are very focused on job site inspections and have picked up a number of top safety awards.” One such award recently won was the State of Nevada, Safety Consultation and Training’s “SHARP” award, which stands for “Safety and Health Achievement Recognition Program”.

Fuchs is correct to point to statistics, which show that in 11 OHSA Inspections since the start of 2016 the company has recorded zero citations or incidents. Over the past five years, 39 inspections have also yielded zero citations. Last year saw the company achieve an average health and safety audit score of 86.15 percent, a new record.

As well as attracting customers, these elements make Helix equally appealing as a place to work. There is a steady stream of high profile projects to work on and plenty of opportunity for employees to move up and along within the company's ranks. “We have opportunities for people to grow,” Fuchs says. “We have a tremendous amount of backlog, which gives our people a significant amount of stability and job security. Our people know there's steady work here.”

There's a very strong focus on in-house training. Helix promotes internships by partnering with a variety of mainstream colleges and has their very own academy, “Helix University”, which has existed since the organization was founded, and offers ongoing classes for their employees.

Over the years Helix has regularly been involved with many philanthropic causes. "We do a lot of charitable work. We raise money for charitable organizations chosen by our employees and we do biannual golf fundraisers," Fuchs says.

The Helix Golf Tournament raises money for various charities, including the Down Syndrome Organization of Southern Nevada and the 22 Warriors Foundation, a non-profit body dedicated to putting a stop to veterans' suicides. Last year’s tournaments alone raised close to $15,000.

Other endeavors have included giving toys to children whose parents cannot afford them. In the run-up to Christmas, and in February this year, Helix won an award for donating to the 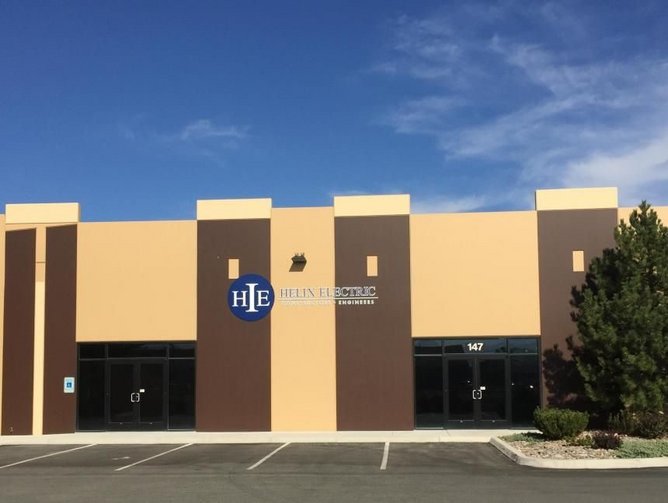 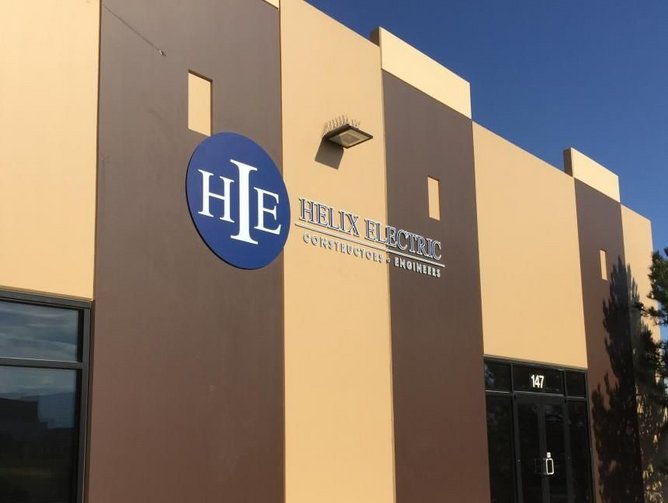 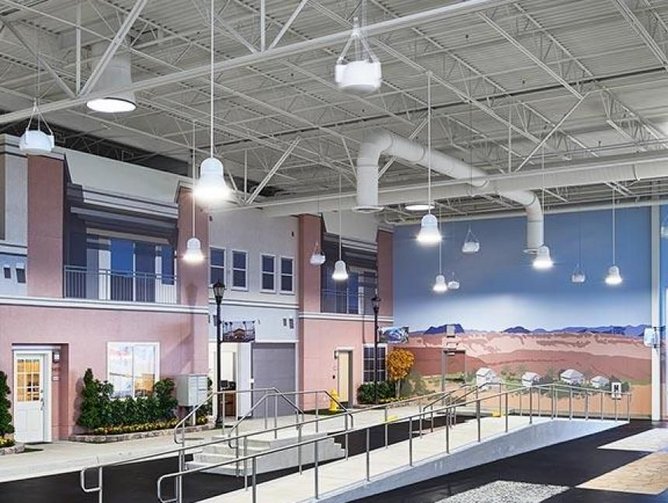 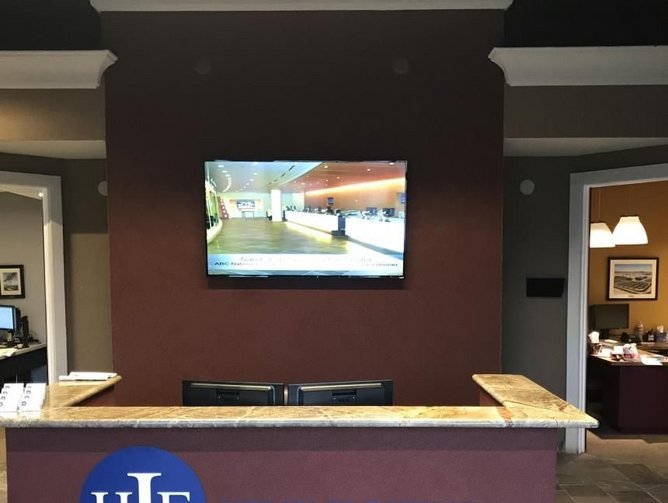 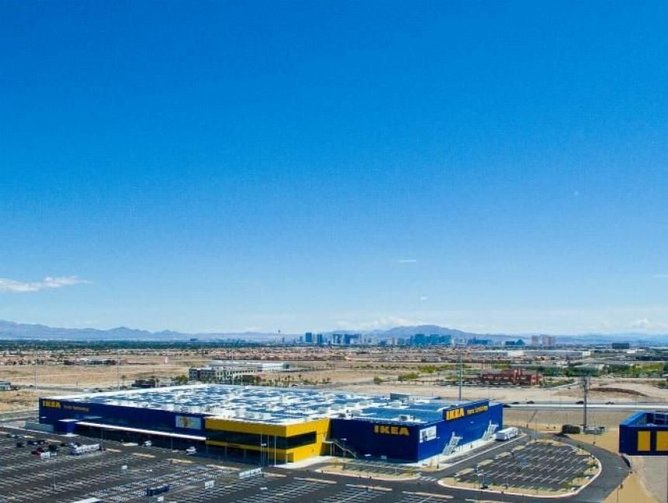