University of the District of Columbia: Building an extraordinary educational experience

‘Aspire. Accomplish. Take on the world.’

This is the rallying tagline that is taking the University of the District of Columbia (UDC) to new heights. Situated at the heart of the US capital, UDC is in the midst of several state-of-the-art construction projects, which are not only transforming its properties, but its culture and academic life.

With a wealth of experience in the university field, Erik Thompson, Vice President of Capital Assets and Real Estate Services at UDC, is passionate about developing educational spaces. It is a combination of any institution’s stellar facilities and academic quality which he says helps to deliver a true university learning experience.

“We are both historic and modern all at the same time,” notes Thompson. “We’re modern in the sense that not too long ago we were a commuter school, one of the newer ways to learn. We also have an online education program which is a symbol of our modern educational paradigms.

“I think what distinguishes us is that we are one of the only urban land-grant universities in the country. We offer an affordable education in comparison to our peer schools and I think we give a comparable and, in some ways, better educational experience for a much more affordable price.”

Responsible for the maintenance and operations of all real property assets, Thompson and his team operate all the real estate transactions at the university. This includes the university’s capital improvement plan (CIP), whereby every year the team identify a six-year window of funding and select several projects which they will work on. Whilst academics are seen to be at the epicentre of university life, Thompson stresses that the effective running of the university’s real estate is vital for a positive learning experience.

"It's an integral part of the process,” he explains. “You can't really judge how well a student can learn if it's 105 or five degrees in the classroom. The same applies if it's too small, if it's too big, or if the acoustics don't work. My department does substantial work to ensure that the educational process happens the way it was intended.”

Since 2010, around $175mn worth of projects have been executed through UDC’s capital improvement plan. However, one accomplishment stands out in this impressive portfolio – the institution’s newly built student centre. As one of only three student centres in the country that has achieved LEED Platinum certification, the building is an impressive feat that underlines the university’s commitment to sustainable and green practices.

“The student centre distinguishes us by showcasing what the university, our students, and our faculty feel about sustainability,” observes Thompson. “It's not the easiest building to construct or maintain, but it is the soundest decision for our environment.”

Further evidence of the institution’s green mentality is the fact that it has one of the largest green roofs in the city. It also has photovoltaic panels on campus and, through a sustainable water collection system, it collects and repurposes about 15,000 gallons of water during storms.

Sustainability is, by all accounts, a thread that is consistent throughout every construction project at UDC and, when a large percentage of landfill and debris comes from new construction builds, it is an impressive philosophy to uphold.

Safety is another characteristic that encompasses UDC’s constructions builds. Every week, Thompson says he meets with his project management team and safety initiatives are at the top of the agenda. Whether they are talking about treacherous weather conditions or fall protection, the team keeps a vigilant eye on issues which could be a potential risk and which could potentially infringe on the safety of the campus and the site.

“In my career, I have had no significant lost time due to injury on any of my projects,” explains Thompson.

“I think the reason that I've been able to achieve that is because of how much I focus on safety. It's not just about meeting the code and legislative standards, but it’s also upholding the high standards we set for ourselves. It almost doesn't matter if I've finished a project on time and on budget if one of my workers is hurt. Therefore, safety is of the utmost importance.”

When taking on such massive projects, the university is all too aware of the importance of collaboration both within the team and with third-party suppliers. Whether its designers, project management staff or general contractors, these individuals have been integral to the university’s strong roster of successful construction projects. Plus, it’s not just large multinational companies it is working with. UDC is also making a concerted effort to develop relationships with minority-owned and female-owned local businesses.

“I feel very strongly that while I can sometimes use the word I, it's always a team effort,” says Thompson. “Our team have an intrinsic passion for making sure the work is always moving us to the next level. We also work closely with third-party companies where it’s not just a contract partnership but a true relationship.

“Consys Construction, Cannon Design, McKissick and McKissick Project Management are just some, to name a few, that are helping us better the environment at the university. They are helping to make UDC one of the premier institutions in the country,” he adds.

With such an extensive portfolio of new projects, UDC has completely transformed its campus. However, to do so, Thompson and his team have taken meticulous care to ensure that the academic year is not disturbed. But how does it tackle the difficult balancing act of executing construction projects on time whilst not disrupting the academic year or surrounding community?

To achieve this, the institution completes a lot of construction during the holidays, nights, and weekends where possible. It also spends a lot of resources developing a so-called ‘swing space’ - a temporary site for class locations to be rearranged.

Looking at the road ahead, Thompson is all too aware of hurdles facing the education landscape at large. He predicts that the biggest challenge facing the sector over the coming years will be infrastructure replacement, particularly mechanical, electrical and plumbing.

“These replacements are becoming more common in the sector because of the educational space and construction boom of the late sixties and early 1970's,” he explains. “During that time, there was a huge increase in the amount of educational spaces that were being constructed. Now, 50 years later, even if you took the best care of those buildings, they're twice their life expectancy. So, while many of them are still being renovated and maintained, the majority of them will need to be replaced.”

On top of this, Thompson also predicts the rise of multi-purpose classrooms - educational spaces which could go from a science lab to a business management class in a matter of minutes. This will also redefine libraries which will become more purposeful, digital and space-conscious.

All in all, it seems that the education sector is in a period of flux. But with innovative construction projects in the pipeline and the aim of on-campus housing on the horizon, it seems UDC is well prepared for any changes that come its way.

“We've coined a phrase about the changes that are happening here,” says Thompson. “It’s that we’re in transition from being UDC to becoming the University of the District of Columbia. I think that says a lot about the physical and cultural shift we’re going through right now.” 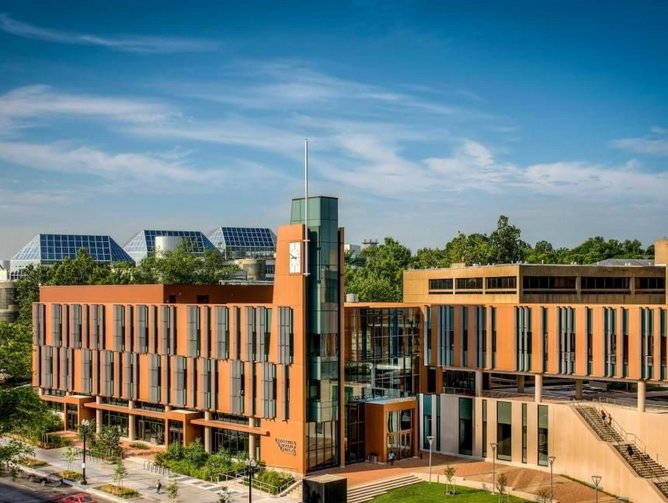 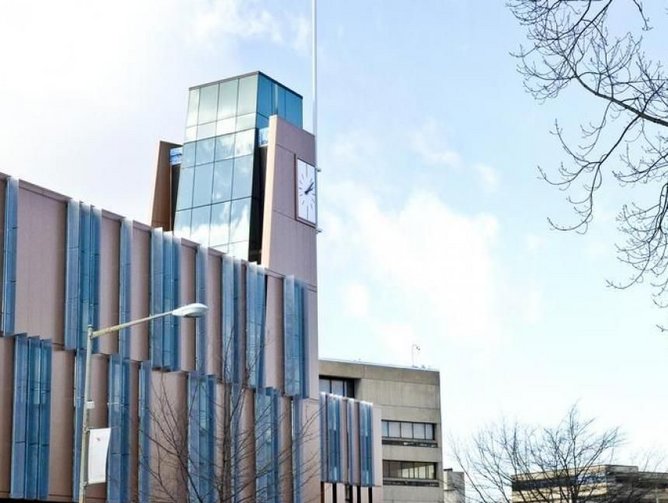 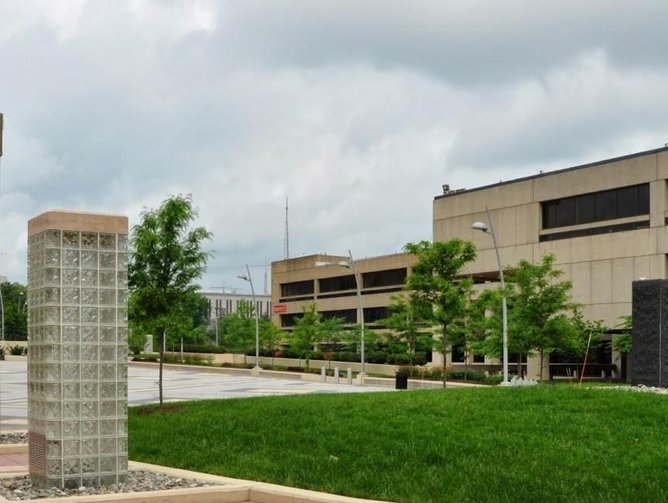 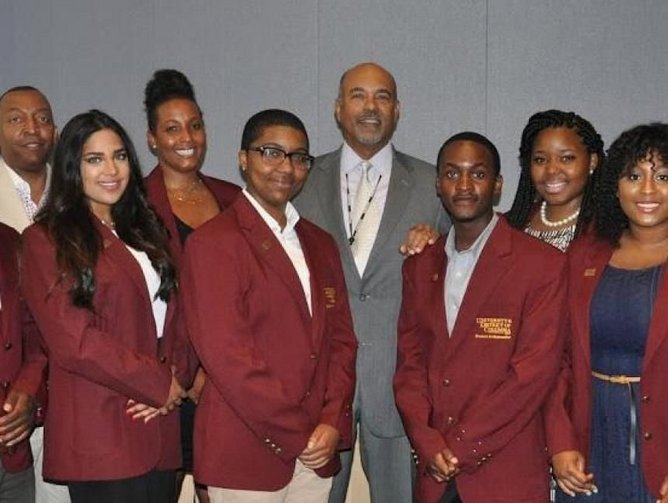 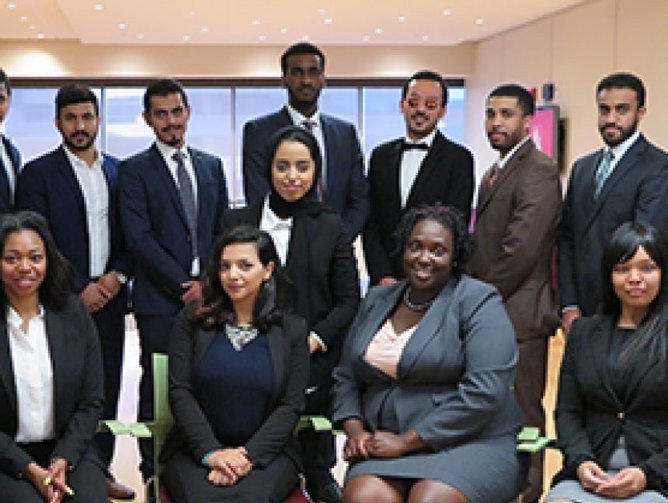 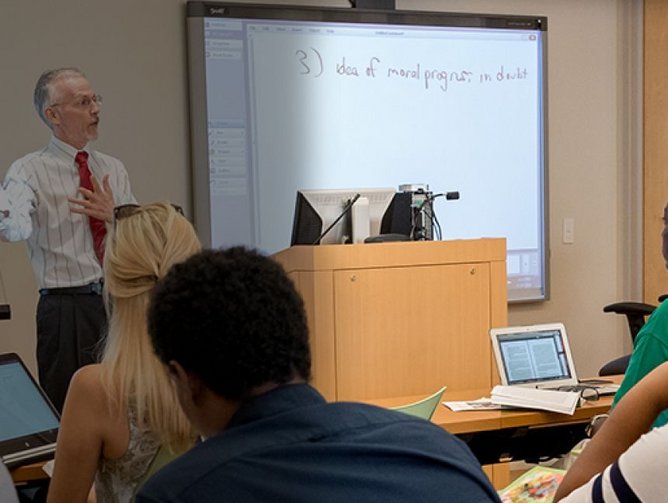