For nearly 100 Rosendin Electric has been providing market leading construction services for some of the world’s biggest corporations.

Rosendin was founded by Moses Rosendin. The company started life supporting the agricultural business in turn-of-the-century Silicon Valley, winding pump motors, and rural electrification. As Rosendin grew over the next 95 years, the company developed into a multi-billion dollar, full service design+build electrical contractor and technology integrator.  Expansion was first derived from working with Intel across Oregon, Phoenix and Albuquerque then jumped to geographich expansion encouraged by other customers, leading to what Rosendin Electric is today.

For Bill Mazzetti, Senior Vice President, his journey with Rosendin started back in 2005 and his introduction represented what he describes as a “changing of the guard”.  Mazzetti joined after divesting his family’s engineering business in 2004 to his old partners.

“Looking at our progression as a company in the late 90’s and into the 2000’s, management bought out the Rosendin family via an Employee Stock Ownership Plan (ESOP), which widely distributed ownership of the firm.  And then starting in 2005, several new executives joined a growing number of home grown leaders all to add new perspective to the company,” he says.

“As we had some new ideas and our existing markets were getting a bit crowded, we started looking at opportunities that weren’t organically grown.  Before, we worked with existing clients like Intel, we now work more prospectively and in concert with a strategic plan for the company.”  Some of that growth came in the renewable energy and data center businesses.  While the renewable energy business was founded as a wind power group in 2000, in the past five years, it has blossomed into a leading provider of grid storage, distributed generation and grid-based solar work.  Similarly, their data center business grew from zero in 2005 to over $650M in installed work in 2016, while simultaneously giving birth to Modular Power Solutions, Rosendin’s factory-built provider of complete electrical systems, and the leader in the field today.

Rosendin Electric is the largest speciality contractor in the United States and works with some of the US’s largest companies, with particular focus on tech companies in Silicon Valley, Rosendin’s home court.  While Rosendin works with many of the most sophisticated companies in the US, their tech clients press the known limits for speed to market and innovation for their builds.

By all accounts, everyone marvels at the work’s size, scope and design aesthetic.  Some projects are so large that the Pentagon could be dropped into the middle of them and the Pentagon would not touch the outside walls.

“Like many of the large, complex and rapidly-constructed projects we are engaged with, there are often times that labor resources or the sheer speed of the work demands a different approach to delivering the project on time and with quality.

But with a job of this size, we at Rosendin had to ask ourselves, “How do we build it differently,” he says.  “The traditional approaches and techniques simply won’t work at that scale and speed.”

While the public has seen the design and scale of the recent projects in Silicon Valley, it’s the construction techniques that are the most innovative approaches that Rosendin had ever seen.  The use of prefabricated system, modular power and the general assembly of the building electrically will give a road map for what is now possible.

“This level of innovation in construction will make people turn their heads and is reflective of where we feel the industry needs to go. With the commercial construction business losing skilled craftsmen at twice the rate it is replacing them, the construction methods and habits must address this labor shortage.  Especially with one of our ongoing projects, it is a good step in showing people that, actually, we can do something different and change our methods to address projects that while aren’t labor-constrained but certainly very, very fast.”

With a commercial construction project, the size of the project often dictates just exactly which company can take on the project. Once a project is announced, contractors must look at the resources at hand, the field leadership, their finances, and supporting resources, both internal and external to the company.    For large and complex work with a high degree of schedule or performance risk, this makes the list of contractors who are compatible with the project relatively shorter.  It is an arena that Rosendin thrives in.

Another key challenge is the resources available. Mazzetti believes that there is a general societal mindset that looks down upon the construction industry - that it is not technology savvy, too dangerous, difficult and therefore unworthy of their consideration. In the current economic climate, this poses an especially acute problem as employments rates are persistently low in the most active construction markets.

“There just aren’t enough people coming through the door who see construction as a noble, intelligent and worthwhile career,” he says.

Couple this with the fact that even though there are a huge number of young people who come out of college and into the construction industry, the process in going from fresh out of school to fully licensed and certified electrician or electrical engineer ready to work is often a long one.

“Our cycle time between layman and fluency is a much longer than most jobs and when the economy is busy, good people are hard to find.  That is not news, but it is one of the biggest challenges the industry is facing today.”

This is nothing new for Mazzetti.  When he was chairman of his former business, Mazzetti, his own father spoke of the challenge in getting fresh out of high school and college kids excited about construction and engineering.  This generational problem has been one that has been tackled with constant outreach, but Mazzetti admits that while the mindset is changing, it is still an ongoing and difficult process.

2016 has proved a very successful year for Rosendin Electric, with two of its projects being selected for the 2016 Global Best Projects Awards by Engineering News Record (ENR). When it comes to singling out achievements though, Mazzetti places greater value in two areas – customer satisfaction and employee retention.

“The rewards you don’t see is what keeps 6,000 people in the field and 800 people employed in the office every day, the customers coming back,” he says.

This echoes the ethos that Mazzetti has had with him since he was a child, the most important aspect of being a contractor really is the customer.

“If you don’t have customers, you are not a contractor.  The key to building a great firm with a great team is having great clients that allow you to do that every day.

Those sophisticated customers have high standards and unique demands.  “Rosendin really takes that and says if you don’t offer something different then you don’t get to work with those customers.”

As a contractor, competition is inescapable, and in all ways healthy. There are a wide number of other people out in the market who could take on a job that you are chasing. But when it comes to what separates Rosendin from others is the integrity of the business.

“If we tell you it’s going to cost a dollar, it’s going to cost a dollar. Or should we suggest any one of several courses of action, they will be viable, with proper cost, schedule and risk attached to them.  It is about arming our clients with the information to make the right decision for themselves.  This is in our DNA.  Clients reach out to us because they want a peer who is sophisticated and forthrigth,” says Mazzetti.

This “straight shooter” approach is something that Mazzetti firmly believes in, but admits in some instances has lost potential customers. “The buying process and experience varies widely in construction, as it does for all commercial endeavours for that matter.  But when you are trusted with hundreds of millions of dollars of your client’s capital, and in all cases, being further trusted to deliver a strategic asset absolutely vital to their business, there is no room for nonsense and not having a crisp, truthful and sober approach to it all.”

Integrity, and bringing out the best behaviour in people to generate a more beneficial relationship with a client, is a mindset that is coached throughout the business from the CEO on down.  It is this approach that has allowed Rosendin to retain customers over the years, a level of trust and respect but also safety in the knowledge that the company will be the best for the job.

“There’s a saying I have, ‘I worry about a great many things but the one thing I don’t worry about it is us doing a great job’,” he says.

Rosendin has invested heavily in its people and not simply the customer facing part of the business.  Training, employee ownership and safety are hallmarks of the Rosendin culture.  And while Rosendin has been entrusted to deliver for our clients and our confidence in that is no issue, Mazzetti is mindful of one thing – complacency.

“The fact is, you want to stay far enough ahead of everyone so they can’t catch you but at the same time not too far where you are not relevant,” he says.  “In every way, we are only as good as out last project.”

What most folks don’t see is that technology is continuously transforming the commercial construction industry.  Rosendin has extensively invested in technology over the past decade.  “The realities of our business today is that the speed, financial size, operational complexity and the sophistication of the projects themselves demand it.” That includes drone observation and testing, interactive design and building modelling system and business intelligence.

For Mazzetti, technology has enabled Rosendin to ask the question, whether it comes to budgets, quality of work, timescales, safety or logistics, are we in the spot where we believe we are and is the project going as we expect it to?

“To put it simply, we are giving the pilot better instruments to fly with,” he says.

Rosendin uses Oracle software for data analysis and their ERP and this allows the company when working on projects to understand exactly where it is with regards to its projected outcomes. This is something that isn’t restricted to Rosendin, but its customers too.  Over the past three years, process automation and business intelligence has reached every corner of their business.  That allows us to give a very accurate picture of where our projects and the firm is every day.

“Sophisticated customers want sophisticated reporting and execution,” he says. “Customers want jobs completed faster and cheaper with very high quality, and you have to have the processes in place to support that.”

Looking to the future, Mazzetti sees Rosendin expanding both geographically and in its offerings. The company has worked with their tech clients in countries such as Sweden and Israel.   As it was in the first days of expansion Rosendin follow its clients.

Whatever the future does hold for Rosendin, Mazzetti is wise enough to acknowledge that the economy is uncontrollable, but as a company it can continue to make smart business decisions.

“We are a company that flows to need, like the river flows where it flows. While we have strong roots in several industries and markets, we are wise enough not to force it either, we’ve all learned the hard way earlier in our lives,” he says.

“Rosendin allows me to do what I want to do and what is best for our clients, which is solve problems for clients and customers every day. There’s an inescapable draw based on our capabilities and our client’s challenges that we can’t resist.” 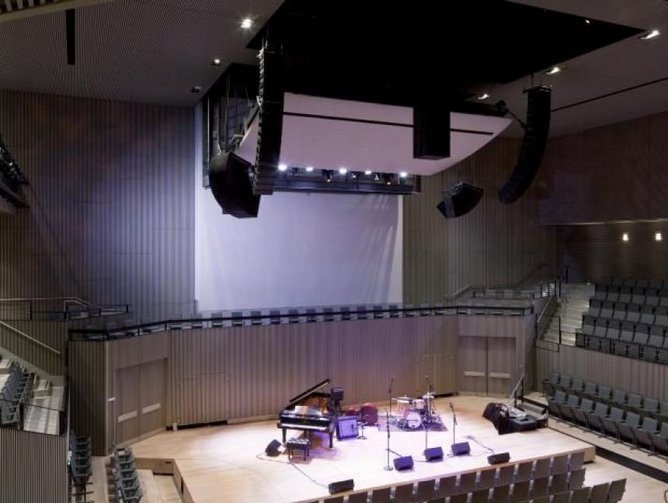 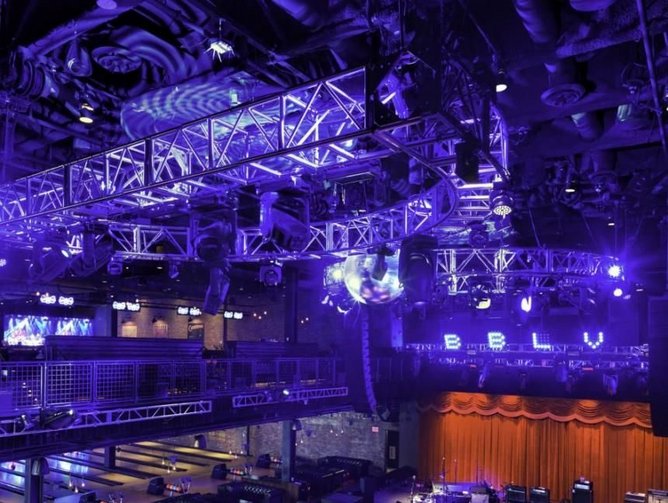 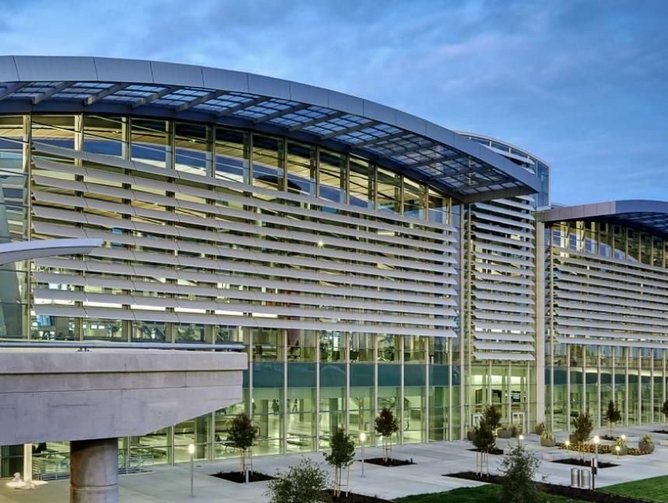 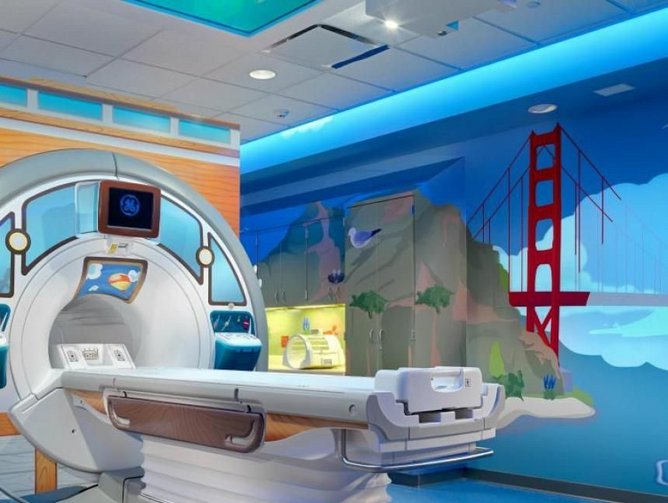