The Northeast Ohio Regional Sewer District was facing a critical problem: an overflow of roughly 4 billion gallons of untreated water into Lake Erie every year. In order to correct this issue, the Sewer District has assembled a team of experts to participate in the design and build of one of the largest combined sewer pump station projects in the United States to date. With a hand in the excavation and construction of a cavern style pump station, connected to 3 mile long  single pass precast concrete-lined storage tunnel, The Walsh Group through this project is helping NEORSD significantly reduce raw water overflow and improve the environmental status of the Northeastern Ohio region.

“During the rain or flood high water situation, currently the treatment plant can’t handle the excess water,” explains Charles Weitzel, Project Manager at The Walsh Group. “When they can’t handle it, they have to bypass it right into the lake.”

The Easterly Tunnel Dewatering Pump Station is a $73 million project designed with the goal of pumping from the storage tunnel, a significant portion of that combined sewer overflow or untreated “raw water,” keeping it from entering the lake unchecked.

“With this current phase NEORSD will stop one billion gallons from going to the lake,” says Weitzel. “What this does is store it in an overflow situation, where the raw water overflow would go into the storage tunnel instead of out to the lake. Then the storage tunnel will hold that overflow until they can handle treating it at the treatment plant. Instead of getting a billion gallons of water going through the plant, and not being able to handle it in the moment, they can store it in this 24’ diameter storage tunnel. Then, with completion of our project, they can pump the water out of the storage tunnel, and into an interceptor that gravity feeds back to the treatment plant, so that they can treat it.”

As a result of this project it is estimated that one billion gallons of water can be saved from entering the lake untreated each year, resulting in cleaner and safer conditions for residents in Cleveland and throughout Northeastern Ohio.

When you are essentially building a 27 story building straight down into the ground, with every person and material coming in and out through two shafts, managing logistics is vital for maintaining efficiency as well as workplace safety. Workers are at high risk, and conditions must be monitored for issues like dust and hazardous gas. The Walsh Group has had to employ several practices at the Easterly Tunnel Dewatering Pump Station project to keep workers safe and production humming along.

“We have two cranes onsite, and all the access is done by these two cranes, so we have a ‘brass in, brass out’ safety board,” explains Weitzel. “If anybody’s going down into the shafts or the caverns or the tunnel, we have a brass tag to show that they’re in there. Then if something were to happen safety-wise, we can identify who’s not accounted for and go find them or figure out where they are and what happened. Everyone’s on the brass board and, when they’re going into the hole, we lower them down with a man cage. We have schedules for who’s working where and when, and we follow those as best we can.”

The Walsh Group also maintains a core group of workers specifically trained in rescue operations, a practice that has also served the company well on other projects including the recent Black River Tunnel project. “We have a rescue team in place, ten or twelve of us, trained for getting anybody out of the cavern shaft or tunnel,” says Weitzel. “We have to maintain that throughout the job as one of our core safety issues.”

Any major multimillion-dollar municipal project is likely to employ more than one contractor or subcontractor, and the Tunnel Dewatering Pump Station project is no exception. The Walsh Group has been working continuously alongside Atkinson Construction our JV partner, (who performed mining operations)and Subcontractors like , ESI, Ductfab, and Ricman Construction throughout the project. Building strong relationships with subcontractors is just as critical to a successful finished product as building a relationship with the client, and for The Walsh Group cultivating both of those relationships relies on trust.

“Building trust is the key to successful contracting.  That’s what we strive to do with our subcontractors is keep building that trust,” says Weitzel. “That’s across the board. You have to make sure that the scope of work they’re going to perform is within their ability to complete successfully. As far as with the owner building a good relationship with them means building trust that we’re going to do what’s right and ethical with attention to quality and safety, so that there’s no one hurt on any of these jobs and we’re providing a long lasting product where they’re going to be happy they had us on the job.”

A Ways to Go

The Tunnel Dewatering Pump Station project is on track for completion in November of 2016, with the project currently in its concrete phase, before moving into a pump and piping installation phase, Weitzel estimates that initial testing will begin Spring of 2016 with final completion near August of 2016.

But that is just the beginning. For the Northeast Ohio Regional Sewer District to meet EPA specifications by 2025, subsequent years will see an additional pump station built to the southeast of Cleveland, with further infrastructure work being done on tunnels to help divert a larger amount of overflow to the holding tunnels. As this work continues, Walsh Group hopes to maintain a major role in improving conditions for the city and its sewer system.

“The Northeast Ohio Regional Sewer District is an awesome customer, and we’re happy to be working with them and for them,” says Weitzel. “They have a good handle on their program and what they want to accomplish, and we’re striving to be their contractor of choice.” 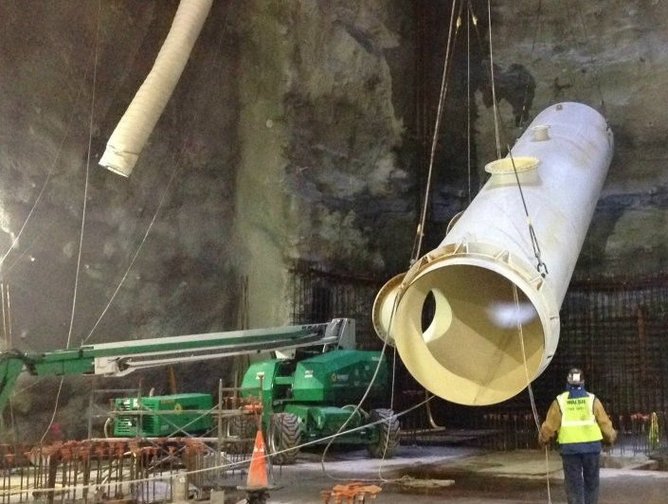 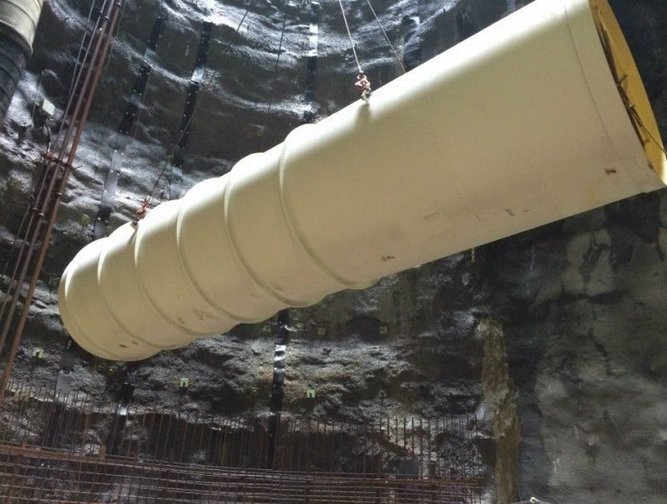 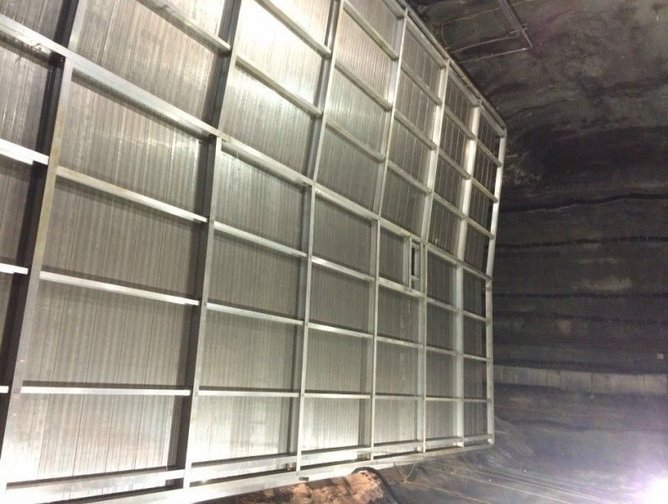