A Water Partnership Built to Last

With the support of its community, the City of Tigard partnered with the City of Lake Oswego in 2008 to make a long-term investment in its future water source. The Lake Oswego Tigard Water Partnership provides Tigard shared ownership in its future water supply and delivers customers in both communities safe, reliable drinking water through what will be the most seismically resilient water system built in Oregon.

The project began during an economic crisis at the local and national levels. As it turned out, the recession resulted in lower borrowing costs for local governments and greater competition for municipal work by construction firms. These two facts made it the best time for the partnership to begin construction.

John Goodrich, public works manager for the city of Tigard, calls it serendipity.

“It was the best time to design and build this project, because those dollars weren’t going overseas,” said Goodrich. “The workers were local, so that money was going to the local economy. It was just a win-win situation all around. All these little things came together, and I think that just really enhances the project.”

The background of two cities

Founded in 1961, Tigard is a 50,000-person municipality bordering the southwest corner of Portland, Ore., which is now home to more than 3,000 businesses. Tigard had been searching for a water supply company of its own for nearly 10 years, in part to meet expected growth and the future demands of business and residential customers.

The city has never owned its own water supply. Instead, water was purchased from other suppliers elsewhere and piped in, while the city pursued potential alternatives for developing a water supply.

When the neighboring city of Lake Oswego found itself with an aging water supply system in need of capital investment, the two partnered to create a mutually beneficial relationship, with construction on the project beginning in 2013.

“We could not have implemented and delivered this $254 million program had it not been for the vision and support of the residents in our two communities and elected officials,” said project director Joel Komarek. “Water supply and wastewater treatment systems across the country are in a state of disrepair, if not outright failure, and the cost to renew or replace this critical infrastructure is staggering.”

Dennis Koellermeier, Tigard Water Partnership Program Director, added, “Our customers are making a serious investment here, so we want to provide a product that is as resilient as possible.”

The project required a new river intake on the Clackamas River, more than 10 miles of large-diameter pipeline, upsizing and replacing the water treatment plant in its current location, an added reservoir for increased storage capacity and a new pump station across the I-5 freeway in Tigard.

Now, water is taken from the new system and the pump station delivers it to several different locations throughout Tigard.

When Lake Oswego built its Clackamas River supply system in the 1960s, more than 50 percent of the cost was paid by the federal government. But that is not the case today. Both communities are funding the entire $254 million dollar project from local water rates.

“While we did it independent of each other, both communities have essentially doubled their water rates to repay the bonds sold to build the improvement,” said Koellermeier. “I think it’s more common than most people realize, and I think you’re going to see more of it into the future. It leverages the dollar so much further.”

With a greater understanding of how future seismic activity in the Pacific Northwest will impact infrastructure, new facilities and pipelines are being developed to withstand a major earthquake.

By requiring each of its new water supply facilities to be designed to remain functional after a large earthquake, the partnership is improving its odds of bouncing back quickly from a significant seismic event. Lake Oswego and Tigard will be in much better shape than most other water supply systems in the region because of the new, robust “backbone” infrastructure that supplies and distributes water.

“Because we’re building this entire supply project at the same time, the Lake Oswego Tigard system will be the most seismically resilient water supply system in the Portland metro region for a long time,” said Koellermeier.

Not only are the new facilities designed and constructed to withstand major earthquakes, the network of interconnected water systems also expands – increasing water reliability for Lake Oswego, Tigard and communities across the region.

“Tigard and Lake Oswego are taking on a much higher responsibility, and are part of the pioneering effort of working towards providing a high-quality water product to the community,” Goodrich added.

Both Tigard and Lake Oswego have also used geographic information system (GIS) technology for a number of years. The technology can access and view mapping while in the field, which is important for creating infrastructure.

It also provides information for people who need it most, as data management employees have the information captured in the GIS to help make decisions.

“To be honest, we kind of take it for granted,” said Goodrich. “For underground technology, it’s really great. It just provides so much information at the fingertips of people who really need it out in the field.”

Koellermeier noted, “Where we are really starting to be innovative is now we have supervisors, managers and decision makers manipulating that data to make decisions and figure out where investments need to be made and predict problems.”

The teams behind the project

To assist with the delivery of this large, multi-year public works program, Lake Oswego retained the services of Brown and Caldwell, a national consulting engineering firm with expertise in program management. Using outside resources, in addition to its own project delivery team, allowed the partnership to more flexibly and efficiently meet the needs of the program as it ebbed and flowed during the planning, permitting, design and construction phases of the project.

“We are extremely pleased with the quality and responsiveness of their efforts and would definitely consider hiring a program management firm again for future large public projects,” said Komarek.

“They have helped us develop the tools to provide the right level of oversight and communicate issues to our elected officials,” said Koellermeier. “Everyone I’ve worked with over the last eight years has added a lot.”

The goal for the partnership is to have the capital program wrapped up within the next 12 to 18 months.

“That will be a major milestone, as this is the largest public works project ever undertaken by the city of Tigard,” said Koellermeier. “As an organization, we’re always challenged to do more with less, and now we have this new major infrastructure to own, operate and maintain.”

In the past, Tigard has essentially been a renter of water through a wholesale contract with the Portland Water Bureau. If there was a water-quality issue or something else they did not like, the solution was making a phone call to somebody else to fix the problem.

Now, there’s no one else to call. Tigard has the ability to handle future water quality and delivery issues on their own.

“It’s going to be different for us,” said Goodrich. “I’m confident the staff we have is up for the challenge. We’re working in conjunction with the partnership, so it’s not like we’re doing it alone. In the next 18 months, we’ll be getting used to operating the system, and making sure we’re meeting all the needs of our water customers.

“The people have stepped up and provided the support to construct a $254 million project. Now it’s going to be up to the next group of people to maintain and operate it in a manner that will make it last for a long time.” 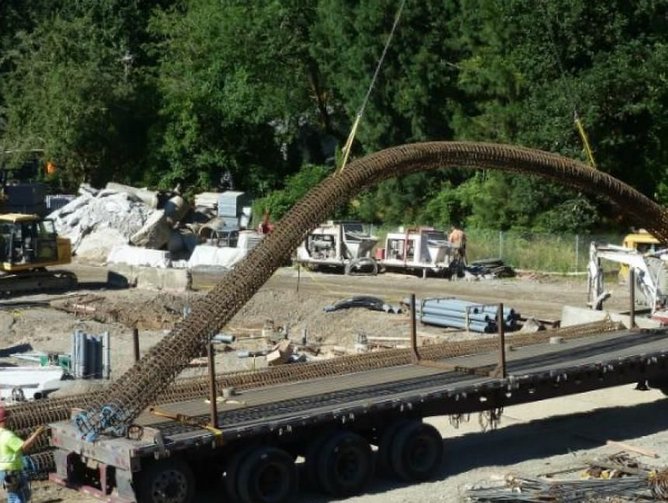 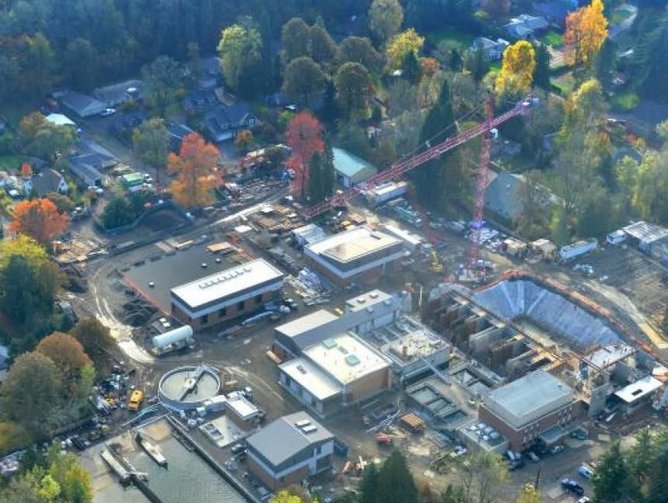 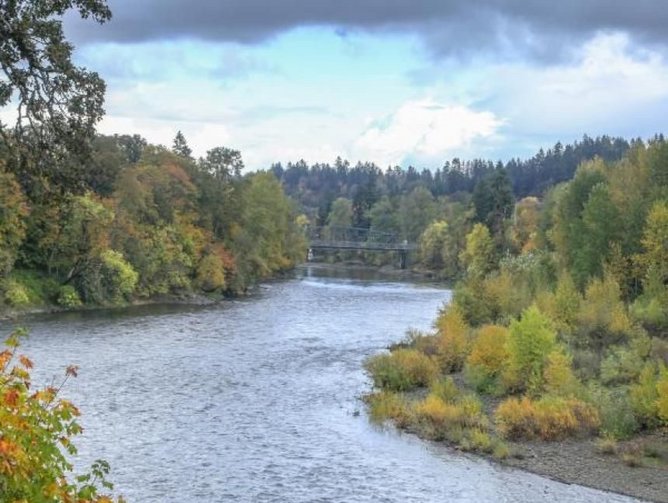 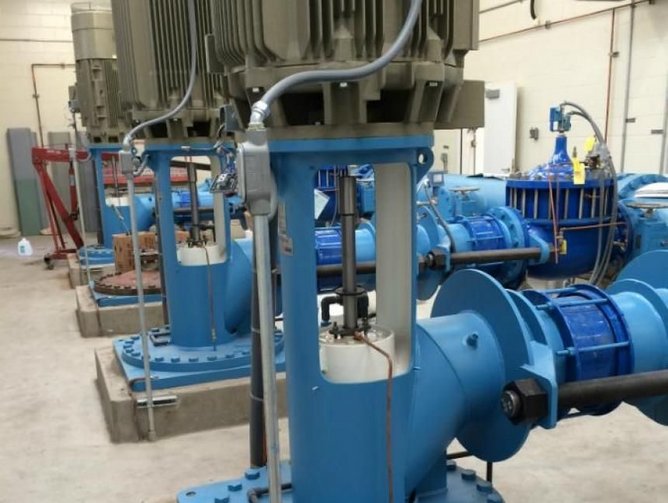 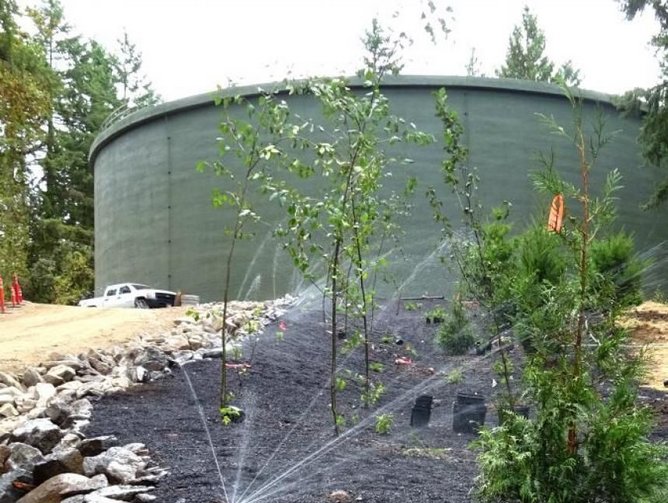 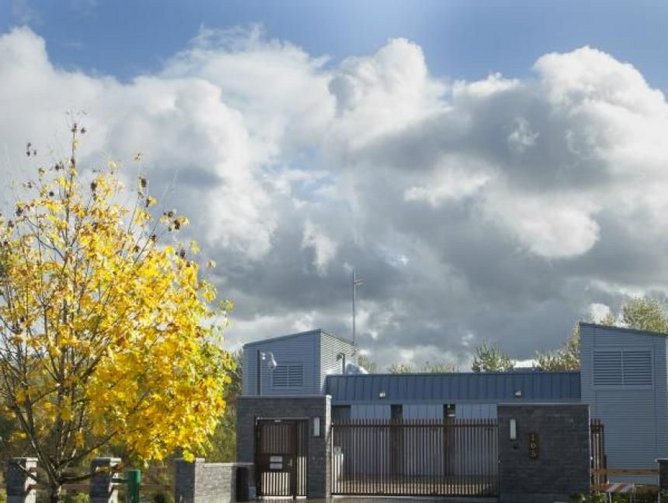 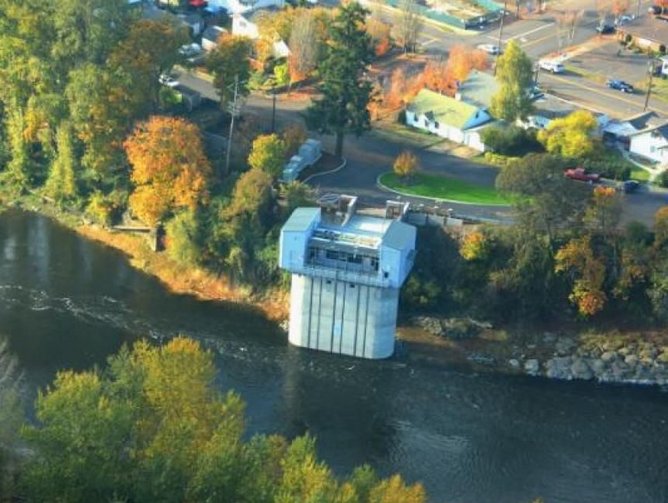