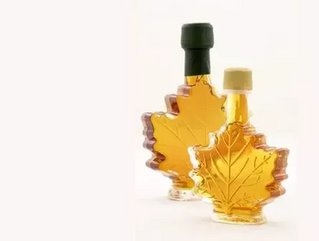 The Federation of Quebec Maple Syrup Producers announced the theft of 10 million pounds of maple syrup stolen from a warehouse in St-Louis-de-Blandford. Meant to be stored only temporarily, the theft was discovered when a routine inventory check of the warehouse found empty barrels. The stolen maple syrup is valued at $30 million and it has been suggested that the syrup was emptied into other containers in an effort to sell the contents illegally.

"The Federation always acts with caution to protect producers' harvests. The St-Louis-de-Blandford warehouse had been secured by a fence and locks, and visited regularly," said Mr. Serge Beaulieu, the President of the Federation of Quebec Maple Syrup Producers. "The sales agency`s maple syrup inventory is spread across several storage locations which were not subject to theft."

The stolen syrup was being stored temporarily as the federation prepared a factory in Laurierville to allow for more storage capacity, which is has been renovating since March. The syrup was weeks away from being transported to its new storage facility.

The maple syrup was fortunately insured by the Federation, but the addition of the stolen substance to the syrup market may affect sales adversely.

Quebec is responsible for 70-80 per cent of the production of maple syrup worldwide.  The Federation of Quebec Maple Syrup Producers represents 10,000 maple syrup producers located in Quebec.