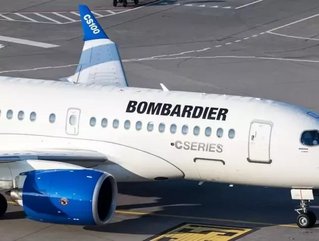 The US International Trade Commission (ITC) has overruled the preliminary 300% important tariffs placed upon Bombardier's CSeries jets by the US Department of Commerce following trade violation complaints made by Boeing.

Boeing had previously claimed that Bombardier had been selling its carriers to US airlines at rates below their production costs, having been given illegal subsidies by the UK and Canadian governments, effectively enabling the firm to dump its CSeries jets in the US market.

However, after weeks of speculation surrounding this, to the surprise of many the ITC voted unanimously against Boeing at 4-0, resulting in Bombardier's shares soring over 15%.

In the wake of this vote, Bombardier released a statement committing itself to the US aerospace market:

"Today’s decision is a victory for innovation, competition, and the rule of law. It is also a victory for U.S. airlines and the U.S. traveling public," Bombardier said.

"With this matter behind us, we are moving full speed ahead with finalizing our partnership with Airbus. Integration planning is going well and we look forward to delivering the C Series to the US market so that US airlines and the US flying public can enjoy the many benefits of this remarkable aircraft."

The ongoing row has been a significant source of tension between the US and Canada, whilst the two nations still remain at loggerheads as a result of the ongoing NAFTA renegotiations.