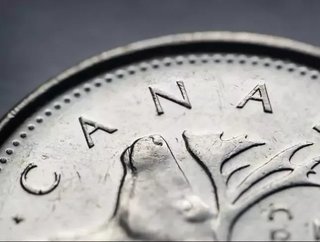 A Reuters poll of nearly 50 currency strategists found that the Canadian dollar will weaken over the next few months as Britain’s vote to leave the EU strengthens the US dollar. Furthermore, oil prices are set to remain weak despite recent supply outages.

The Canadian dollar has fallen 1.9 percent since the outcome of Britain’s vote on 23 June.  It is down more than 4 percent since 3 May when it hit an 11 month high of 80.27 cents.

The poll showed the currency will be at 76.92 cents in a month, not as low as was predicted last month.

Krishen Rangasamy, senior economist at National Bank of Canada said that the US dollar will benefit from uncertainties surrounding Britain’s vote to leave the European Union.

The Canadian dollar (which compared with other major G20 currencies has remained relatively unharmed from the Brexit outcome) could fall to 75.75 cents in three months. This is compared with 76.63 cents expected in the June poll, before recovering back to 76.92 cents in a year.

“We have not seen much of that in the first week after Brexit, but we expect that to happen going forward until the end of the third quarter,” Rangasamy added.

“It is not so much a downfall of the Canadian dollar that we see going forward, it really is a strengthening in the U.S. dollar,” said Andrew Grantham, senior economist at CIBC.

The Bank of Canada will probably hold policy steady until early 2018. Some economists even expect a rate cut this year.

What could affect the Canadian dollar further is the price of oil. Despite periodically rallying over the past few weeks on global supply disruptions, oil (a major Canadian export) remains far below highs of the past decade.

“Right now, oil prices are showing resilience despite what we have seen with Brexit, and that is why the Canadian dollar is where it is, but that is not to say oil prices are going to stay there,” National Bank of Canada’s Mr. Rangasamy said.