7 Reasons Why Costco Continues to Thrive Amid Retail Uncertainty 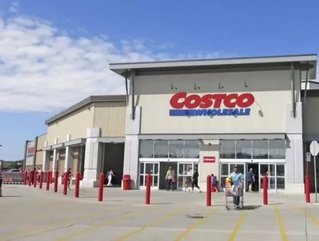 In the world of retail, Costco seems to stand head and shoulders above the competition. Just last week the company reported strong June sales with customer spending exceeding analysts expectations. Same-store sales were up six percent and international sales were on the increase too.

Costco, which is essentially a warehousing store, does business a little differently. While it certainly has is competitors in Walmart and Amazon, the brand operates like no other. From its $1.50 hot dog-and-soda loss-leading combos to its popular in-house Kirkland label; Costco sets itself apart from the rest of the retail crowd.

So what gives Costco its edge in the complex retail sector?

1. THEY HAVE WEALTHY MEMBERS

The average Costco member is college educated, owns a home and earns approximately $100,000 a year. What’s more, those members are extremely loyal with an overall renewal rate of 90.6 percent. On top of this, a third of all Costco members are executive members, meaning they pay double the standard $55.00 annual membership fee.

Costco membership-fee revenue rose by nearly six percent to $561 million in the last reported quarter. Money from those fees helps to bolster its bottom line, giving it the ability to sell items at low prices.

2. THEY TREAT THEIR EMPLOYEES WELL

Costco not only has loyal customers but loyal employees too and pay has a lot to do with that. Costco, on average, pays its employees $20.89 per hour in comparison to its closest competitor who pays an average of $12.67 an hour. Furthermore, 88 percent of Costco employees have health insurance through the company.

3. THEY DON’T SHY AWAY FROM LOSS LEADERS

Costco’s rotisserie chickens, hot dogs and gas prices are legendary, not only because they are really cheap, but because they have remained as such for a long time. Costco sells 60 million rotisserie chickens a year at $4.99 a pop but they’re not a moneymaker. They do however, serve to entice customers to the store and, being conveniently placed at the back, lead people through dozens of other goods that they will likely purchase on their visit. The same goes with their hot dog-and-soda combos and their cheap gas.
By maintaining integrity of price points, the company will also continue to develop its loyal following, thus greater membership fees and continued reduced prices.

4. THEY ARE THE LARGEST SELLER OF FINE WINES IN THE US

It may seem absurd that such a low cost retailer would have a reputation for selling fine wines, but Costco has earned that badge of honor. Each year the company sells more than $1 billion of wine, and is the largest seller of fine wines in the U.S.
Even more noteworthy is that some of the company’s best sellers are from their in-house Kirkland label, such as the Signature Series Russian River Valley chardonnay and the Rutherford Meritage.

5. THEY KNOW HOW TO ENCOURAGE YOU TO BUY MORE

If you ever went to Costco to pick up one item and left with a full cart, you are not alone. The reason being, Costco has some tricks up its sleeve to encourage shoppers to buy more than they planned.
One trick they use (think rotisserie chickens) is placing all fresh food at the back of the store, so you have to walk through a considerable amount of retail real estate to get there. Secondly, they don’t label their aisles, you on your way to find the items you are looking for you happen to walk past hundreds of potential purchases.

A typical Costco store carries just 4,000 items, compared to more than 100,000 separate items at your average Walmart store. Why? As an example, Costco will give you just one brand of ketchup so that it will have multiple vendors bidding to take the single spot. What that means is that Costco holds the reins when it comes to negotiating cost.

As a rule; Costco will not mark anything up by more than 15 percent. Membership fees counter balance this meaning that prices can stay low, so too do tough negotiations with vendors.
According to CBS News, Costco doesn’t mark its executive pay up by much either. CEO Craig Jelinek earned $5.4 million in 2013, compared to $26 million that year for Walmart CEO Doug McMillon.