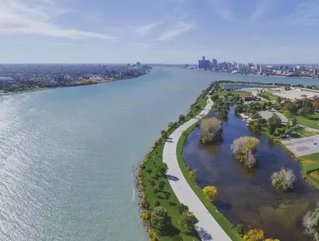 A construction consortium made up of the likes of AECOM, ACS Infrastructure Canada and Fluor has been awarded a major contract by the Windsor-Detroit Bridge Authority (WDBA) to construct a bridge between the two cities over the Detroit River.

The consortium, known as Bridging North America, has been selected to design, build, finance, operate and maintain the project named the Gordie Howe International Bridge during construction and for a 30-year period thereafter.

“The selection of Bridging North America as the Preferred Proponent is another step forward towards the start of construction of the Gordie Howe International Bridge – the largest infrastructure project along the Canada-US border and one which will stimulate the economies in Canada and the United States,” said Dwight Duncan, Chairman of the WDBA.

The financial details have not been disclosed in the announcements. However, it is forecast that the total cost of construction will be approximately $4bn.

“We are looking forward to partnering with WDBA to reach financial close later this year and ultimately deliver a durable, long-lasting, landmark bridge with a unique visual presence for the local community and international travelers,” said Terence Easton, President of Fluor’s Infrastructure Business.