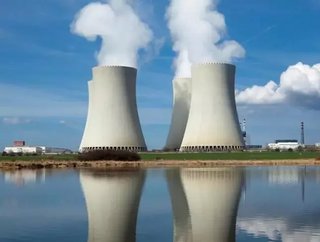 Under the first contract, a JV between Aecon (60%) and SNC-Lavalin Nuclear Inc. (40%) has been awarded a $265 million turbine generator refurbishment contract by OPG to carry out work on all four steam turbine generators at the Darlington Nuclear Generating Station in Ontario. The scope of work includes a complete overhaul of the 935 megawatt steam turbines, generators, moisture separator reheaters, condenser repairs, and the implementation of new control systems. Work has commenced and is expected to be complete in 2025.

Additionally, the same JV was awarded a $127 million engineering, procurement and construction contract for the Retube Waste Processing Building at the Darlington Nuclear Generating Station. Under this contract, work is split 50% to Aecon and 50% to SNC-Lavalin Nuclear Inc. Work is expected to be complete in 2017.

In January 2016, Aecon was awarded a $1.375 billion contract as part of the $2.75 billion 50/50 JV between Aecon and SNC-Lavalin Nuclear Inc. to carry out the execution phase of its Re-tube and Feeder Replacement project for OPG’s Darlington Nuclear Generating Station Refurbishment Program.

“Our continued partnership with OPG further solidifies Aecon’s reputation as a preferred contractor to Canada’s energy sector and underscores our strong backlog and diversification in the energy segment,” said Teri McKibbon, President and Chief Executive Officer, Aecon Group Inc. “Aecon remains steadfast in our commitment to delivering end-to-end turnkey solutions for our diverse range of clients across the country.”

“We are pleased to continue our work with OPG as part of the larger Darlington Nuclear Refurbishment Program while extending the life of the turbine generators for the next thirty years,” said Mark Scherer, Executive Vice President, Aecon Energy.