Aecon Group to be acquired by China’s CCCI for $1.5bn 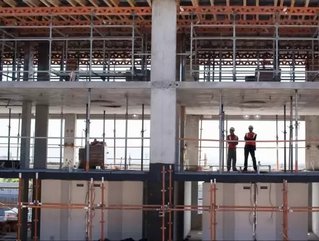 “We believe this is a very positive outcome for Aecon and our key stakeholders,” said Brian Tobin, Aecon’s Chairman. “This transaction is the result of an active and diligent sale process that has enabled us to select an outstanding partner and create significant shareholder value.”

CCCI has stated that it will remain committed to delivering benefits to Canada following the transaction, recognising the importance of Aecon to the country.

This will include a greater access to capital for Aecon, the headquarters remaining in Canada, and a continuation of Canadian management and employment, despite the new Chinese ownership.

“This transaction creates significant and immediate value for Aecon shareholders, strengthens our competitive position in Canada and abroad with enhanced capabilities and financial resources, and provides expanded opportunities for our people,” said John Beck, President and CEO of Aecon. “We look forward to partnering with a global leader while retaining Aecon’s Canadian headquarters and values.”

Aecon shareholders are likely to have faith in the deal due to the success of Friede & Goldman. With CCCI having acquired the architectural and engineering company back in 2010, Friede & Goldman has since seen a fivefold increase in its revenues.