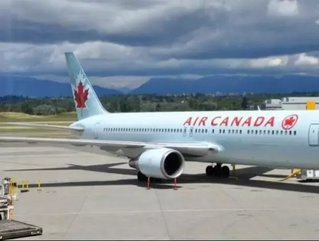 Canadian airlines have been struggling with their public image lately, due to everything from flight delays to more stringent bag check policies. But the industry has been hard at work to improve the passenger experience, and since the beginning of 2014 passenger numbers have been improving. Now more than ever it appears that consumers are responding positively to Canadian airlines: today Air Canada and WestJet both announced that they set all-time single-day records for passenger numbers on July 31.

Canadian news source CBC reports that flagship airline Air Canada recorded more than 150,000 passengers over the course of the day on July 31. "Air Canada generated greater traffic in all markets, resulting in unprecedented volumes of passengers," said airline CEO Calin Rovinescu in a press release from the airline. “These strong results underscore the effectiveness of our commercial strategy focusing on international growth and the strategic deployment of Air Canada rouge to compete more effectively in leisure markets.”

Meanwhile Calgary-based WestJet set a record of its own. "We are pleased with our strong year over year traffic growth as we set a new single-day record, flying 72,240 guests on Friday, July 31," said WestJet President and CEO Gregg Saretsky in WestJet’s own press release, attributing a strong part of this success to the expansion of its regional brand Encore. "I want to thank our more than 10,000 WestJetters for their commitment to on-time performance and providing a remarkable guest experience through the peak summer travel season."

According to experts in the field discussing the occasion with CBC, this record can be attributed to a serendipitous combination of factors including the beginning of a long weekend, favorable exchange rates and special events taking place in Canada at the time:

"A weak Canadian dollar makes us more attractive to international tourists," said Queen's University business professor Ken Wong, who noted that the Pan Am Games and the Caribbean Carnival both attracted large numbers of tourists to the Toronto area in mid- to late July.

Each number was a record for its respective brand, and is an impressive show of progress and growth for Canada’s airline industry.