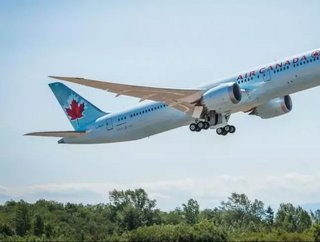 Air Canada has reported record second quarter 2016 revenues of $605 million, beating the previous record of $591 million in the same quarter in 2015. Though profits fell, this increased business comes despite recent worries concerning Brexit and security.

"I am pleased to report record EBITDAR results for the quarter from both an increase in revenue and traffic, and specifically from our continued strong focus on unit cost improvement," said Calin Rovinescu, President and Chief Executive Officer. "Traffic growth in all five of our geographic markets exceeded last year's strong growth.  We continued to increase our revenue base in the face of a challenging revenue environment principally in the domestic and Atlantic markets and despite a generally weak global economy. Overall revenue growth included an increase in international-to-international connecting passengers via Canada as we continue to successfully build our main hubs as attractive and efficient options for international travellers.

"Our continued focus on our strategic priorities, as well as our increased flexibility and our ability to adapt and react to an evolving business environment, unexpected macroeconomic or geopolitical threats or natural disasters, are helping us deliver on the key financial targets established at our 2015 Investor Day, namely annual EBITDAR margin, return on invested capital and leverage ratio, as well as a significant reduction in unit costs.

"In the quarter, Air Canada and Air Canada Rouge launched 10 new international routes and 11 new transborder routes marking the most intensive period of expansion in Air Canada's history. Moreover, on June 30th we served more than 160,000 customers, setting an all-time record which we expect to surpass during the upcoming August long weekend.  I would like to thank our employees for their continued focus on taking care of customers and working together to help make Air Canada a global industry leader.”