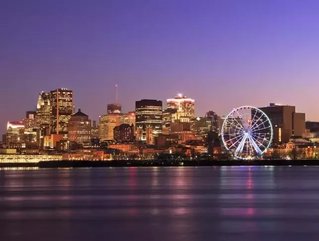 The Canadian airlines Air Canada and Transat have announced that they have entered into a 30-day period of exclusive negotiations regarding the former’s acquisition of the latter.

The two airlines, both headquartered in Montreal, Quebec, are of different sizes and specialities, with the smaller Transat describing themselves as a holiday airline. The proposed transaction, valued at approximately CA$520mn (US$387mn), or $13 per share, will thus serve to shore up Air Canada’s position in that sector.

Calin Rovinescu, President and CEO of Air Canada, said: "A combination with Transat represents a great opportunity for stakeholders of both companies.  This includes the shareholders of both Transat and Air Canada, employees of both companies, who will benefit from increased job security and growth prospects, and Canadian travellers, who will benefit from the merged company's enhanced ability to participate as a leader in the highly competitive leisure travel market globally. The acquisition presents a unique opportunity to compete with the very best in the world when it comes to leisure travel."

The companies say that the combination will help them to become a global leader in leisure and tourism, allowing them to offer Canadians more destinations and promoting tourism to and from the country.

"This announcement is good news for Transat", said Jean-Marc Eustache, President and CEO of Transat. "This is an opportunity to team up with a great company that knows and understands our industry and has had undisputable success in the travel business.”

Air Canada said the move would be subject to the closing of definitive agreements, confirmatory due diligence, regulatory and shareholder approvals and other closing conditions. It is not subject to any fund raising measures on Air Canada’s side, who said that they are already in possession of all necessary funding.