Airbus to further collaborate with Bombardier on Canadian Military deal 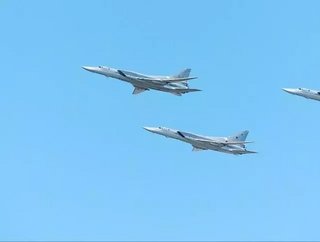 According to Reuters, Airbus and Bombardier could be set to further collaborate outside of their current CSeries venture, with the European airliner apparently looking to compete for a Canadian militarily procurement contract.

Airbus recently took a majority stake in Bombardier’s CSeries unit – somewhat a win-win for both firms, bolstering the portfolio of Airbus whilst removing the burdened unit from Bombardier that the US and Boeing threatened to enforce significant duties upon.

However, it now seems that the two firms are set to partner up in a new venture, with Airbus eyeing a Canadian military contract:

“We will definitely also look at additional potential further cooperation with Bombardier beyond just the CSeries,” said Dirk Hoke, Chief Executive of Airbus Defense and Space, speaking to Reuters on the sidelines of an Ottawa aerospace conference, adding that he was “very optimistic and positive about us entering this competition.”

The Canadian government had previously held talks with Boeing, leading to an interim military contract that would see 18 of US aerospace manufacturer’s Super Hornet fighter jets sold to Canada.

Although no official announcement has been made as of yet, Hoke said that Airbus is waiting to see the specifics from the Canadian government on the open competition.

“Right now, we have a very positive feeling about it but of course we have to see ... what (are) the specifications that have been finally defined and confirmed,” Hoke continued to tell Reuters.