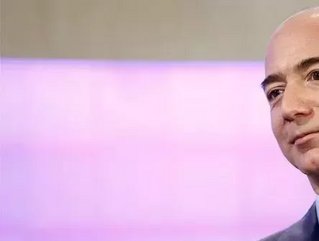 The August Edition of the Business Review USA is now live!

On Monday, the Washington Post Co. agreed to sell its family-owned flagship newspaper to Jeff Bezos, founder and CEO of the popular e-commerce site, Amazon.com. The Graham family owned the leading news publication for four generations.

Bezos, whose savvy entrepreneurial spirit helped him to earn the title of one of the world’s richest men, will pay $250 million in cash for The Post and affiliated publication The Washington Post Co., which owns the newspaper and other businesses.

For those readers of The Post, don’t worry about the level of journalism you are accustom to. In a heartfelt letter to the staff of the Washington Post Bezos writes, “Let me start with something critical. The values of The Post do not need changing.” He goes on to say, “Journalism plays a critical role in a free society, and The Washington Post -- as the hometown paper of the capital city of the United States -- is especially important.”

Amazon.com will have no affiliation with the publication or involvement in the purchase. Bezos is funding the purchase and he will become the sole owner of The Post when the sale is completed. Rumor has it the only major change is that The Post will get a new name, though that is still undecided.

The sale came as a shock to everyone, The Post writes, “For much of the past decade, The Post has been unable to escape the financial turmoil that has engulfed newspapers and other “legacy” media organizations. The rise of the Internet and the epochal change from print to digital technology have created a massive wave of competition for traditional news companies, scattering readers and advertisers across a radically altered news and information landscape and triggering mergers, bankruptcies and consolidation among the owners of print and broadcasting properties.”

“Every member of my family started out with the same emotion — shock — in even thinking about” selling The Post, Graham said in an interview Monday. “But when the idea of a trans­action with Jeff Bezos came up, it altered my feelings.”

Bezos will take the company private, and he will not have to report quarterly earnings to shareholders or listen to the demands of investors for higher profits. He will be able to experiment with the paper without the added pressure of showing an immediate return on investment.