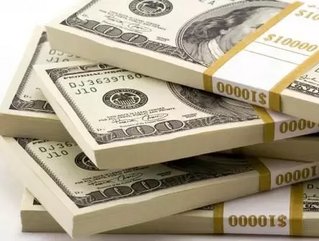 Before we get you into America's Best CFOs, you might want to check this article out as it appears in our March Issue of Business Review USA. For the tablet and iPad fans, it's way cooler to read this article while flipping through our user-friendly e-reader.

CFOs have been on the edge of their seats these last few years trying to improve efficiencies and reduce costs while America gets out of this economic downturn. It looks as if this recession is almost at an end and companies are slowing straying from their cost control programs while looking to expand and grow in 2011.

Finance chiefs and top economists say that the U.S. economy will grow no more than 2.5 percent annually for the next two to three years. There is tremendous opportunity to build the world’s economy and America’s top CFOs are working hard to bring optimism to the board room. While consumers have brought on billions of debt upon themselves – and not to mention all of those homes that are under foreclosure – the nation’s economy is aimed for growth.

Here are our picks for America’s Top CFOs.

Peter Oppenheimer is Apple’s Senior VP and CFO and oversees the typical duties like managing the company’s controller, treasure, investor relations, and other financial systems and responsibilities. Oppenheimer started with the company as a controller for the Americas in 1996 before being promoted to Vice President and Worldwide sales controller and corporate controller in 1997. Before working at Apple, he was CFO of one of the four strategic business units from Automatic Data Processing.

In January, there was much talk about Apple looking for a new CFO. Media outlets have been going back and forth whether or not Apple will be bring on Laurence Tosi, current CFO of Blackstone Group LP, the world’s largest private-equity firm. Tosi also served as CFO of the trading and investment-banking division of Merrill Lynch before its acquisition by Bank of America Corp.

Patrick Pichette is Google’s Senior VP and CFO and has almost 20 years of experience in financial operations and management in the telecommunications industry, including partner at McKinsey & Company and a seven-year reign at Bell Canada.

When Pitchette was hired by Google in 2008, there was speculation as to why the search engine company would hire a Canuck with a background in telecom. Little did everyone know that Google was working on its own mobile phone platform, Android. See, Google does know what it’s doing!

Gary Fayard is the Executive VP and CFO of The Coca-Cola Company and has been with the company since 1994 when he worked as Vice President and Controller. Before joining the company, he spent 19 years at Ernst & Young as Partner and Area Director.

We had a chance to also speak with Jack Bergstrand, who was the former CFO of Coca-Cola Beverages and now is the CEO of Brand Velocity. Bergstrand was also CIO of The Coca-Cola Company and helped to work with the management team when the company’s stock increased from $3 to $22.

“The first thing we did was develop a clear strategy – focused first and foremost on our consumer and customer base,” he says. “Then, we implemented a massive restructuring, to eliminate all costs not associated with that strategy. As part of this we reduced our manufacturing plants by 50 percent and invested heavily in those that remained. In addition, we reduced our data centers from 68 to 1 and our administrative centers from 68 to 3. We worked very well as a team, we never took our eye off the strategy (even though, just like with all companies, there were many distractions). As a result the company achieved excellent and sustainable results – happy customers, steady gross profit growth, reduced expenses as a percent of revenue, increased return on assets, and increased cash flow.”

Mark Loughridge became the Senior VP and CFO of IBM in July 2010 and was previously the Senior VP and GM of IBM Global Financing where he led the world’s largest IT financing and asset management organization. He’s been with the company since 1997 and has taken on several hats within the business, such as VP of several departments and Controller.