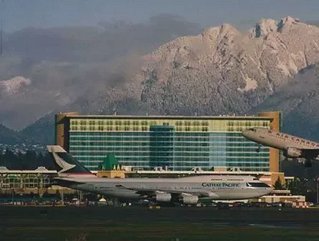 The Conference Board of Canada announced today that a majority of Canadians are choosing American flights for cheaper air fare and crossing borders to travel. In a recent report, it was found roughly five million Canadians cross the US border annually to fly out of American airports.

“Cross-border air fare shopping is being driven by a “perfect storm” of factors that also includes differences in wages, aircraft prices and industry productivity as well as U.S. aviation policies,” said Vijay Gill, Principal Research Associate, Transportation and Infrastructure. “But for air carriers flying from American airports, these add up to a 30 per cent cost advantage.”

The Conference Board of Canada’s report Driven Away: Why More Canadians Are Choosing Cross Border Airports, reveals that Canadian air fare costs, taxes and fees are becoming a major competitive disadvantage. If Canadian airlines reduced their fares even by a small percentage, the Conference Board believes this difference would lead to traffic gains for both Canadian airports and carriers.

“Government and industry don’t need to take an ‘all or nothing’ approach to this issue, but reducing taxes and fees or even changing how they are assessed and collected could make a difference,” said Gill.

“The fact that Canada’s largest airports are losing traffic to cross-border competitors matters because it undermines their role as national and international hubs,” said David Stewart-Patterson, the Conference Board’s Vice President, Public Policy. “When a Canadian hub airport loses passengers, it can lead to reduced flight frequencies, higher travel costs and poorer service for all Canadians.”

Air fare differences between Canada and the US are affected approximately 40 per cent by Canadian taxes and fees. The report suggests that changes to Canadian policies alone could bring back an estimated two million passengers annually to Canadian airports.

“Cuts in Canadian fees and taxes will not be effective, however, unless airports and airlines cooperate in passing through the benefits to passengers,” said Stewart-Patterson.