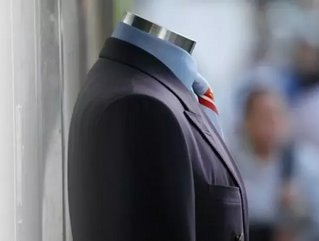 First Nordstrom and soon Saks Fifth Avenue are just a few of the upscale department stores to cross the border and invade the high-end segment of Canadian retail. Looking to Canada as a growth opportunity has not been easy for American retailers. For instance, limited real estate development has made it difficult for many new comers to the Canadian retail market. However, because of the downsizing of some longtime retailers like Sears Canada, companies such as Nordstrom were able to make the move to Canada’s alluring market.

Now that consumers are facing an impending boom in luxury offerings, some Canadian retailers are starting to prepare themselves for a wave of new competition.  In the absence of real competition, homegrown retailers have been slacking on providing the best customer experience. Consequently, the American luxury stores are setting their sights on excellent customer service in Canada.

Learning from mistakes made by Target in Canada, retailers such as Nordstrom are customizing their services to the local market. Unlike Target who opened 124 stores in one shot, Nordstrom in contrast, has deliberately, staged its store openings across a six-month span so it can observe and adapt during its expansion progresses.

Will Canadian shoppers be able to support all of the competing retail players?

It is estimated that more than half of the brands carried by Nordstrom can also be found at Hudson’s Bay. “We compete with Hudson’s Bay on one end and we compete with Holts and now, presumably, Saks at the upper end, which is no different than what we have here in the U.S.,” claims Black W. Nordstrom. “If we can deliver the best Nordstrom experience up there, I think we’ll be successful regardless of what goes on outside our control,” Mr. Nordstrom said.

With Nordstrom’s second quarter profit of $183 million and third quarter profit of $142 million, the luxury department store appears to be succeeding in attracting Canadian shoppers not only with products but also with services. Nordstrom plans to open five new Canadian stores by 2017: one each in Ottawa and Vancouver, and three in Toronto.

As more luxury retailers move north, the Canadian market could see an expansion as consumers who would usually travel across the border to visit U.S. retailers can now shop at home. According to Alecsandra Hancas, fashion industry analyst at market researcher NPD Group, cross-border shopping has diverted more than $1-billion in business from Canadian retailers in 2013.