Apple and Samsung remain the top smartphones, but for how much longer? 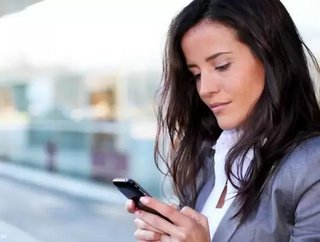 Are Apple and Samsung losing their lead on the competition?

As our sister site Business Review Australia recently reported, Apple’s iPhone and Samsung’s Galaxy are still the most popular smartphones in Australia, but a large drop in sales for Sony and HTC show cheaper alternatives are beginning to enter the market.

The latest data from research firm IDC shows the American smartphone market is dominated by Samsung and Apple, which make up 21.7 percent and 14.1 percent of the market share in the second quarter respectively. Those numbers put them ahead of Chinese competitors Huawei, Lenovo and Xiaomi, but the margin is shrinking.

China is the world’s largest smartphone market, and competition between brands over there has become more intense than ever. With Chinese consumers purchasing more phones from its domestic vendors, many are settling for cheaper options that have similar attributes.

RELATED TOPIC: Researcher Happens on a New Battery for Smartphones That Can Be Charged in a Minute

When Xiaomi’s Mi Note hit the Chinese market in January, it began at a relatively low price of US$360, while Apple’s iPhone 6 Plus began at about US$950. The Xiaomi has become famous in some circles for being very similar to Apple’s devices—for an even cheaper price—and is also lighter and thinner than the iPhone6 .

Although Xiaomi hasn’t begun selling smartphones in the United States yet, it has intentions of becoming the world’s biggest smartphone dealer within five to 10 years.

China’s Huawei has increased the price of its devices, which helped it nearly double the company’s handset revenue in China during the first half of 2015. In an attempt to make itself the top provider of premium phones in China, Huawei’s profits have risen 87 per cent on the year.

RELATED TOPIC: Amazon’s First Foray into the Smartphone Market and What it Means for Business

And while Huawei’s average selling price has gone up, so has its demand. With shipments during the six-month period increasing to 39 per cent from the previous year, the data proves the company’s product strategy is working.

Although Apple increased by 2.4 percent in worldwide shipments during the second quarter, Samsung suffered a year-over-year decline with its market share falling 3.1 percent. Huawei saw 2.2 percent growth, while Xiaomi improved by 0.7 percent.

Now with cheaper Chinese alternatives looming, Samsung and Apple may be feeling the heat from their overseas rivals in the near future.