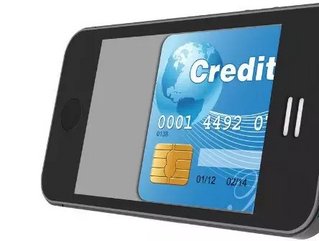 While most mobile marketing media points to the United States as an innovative place for mobile technology, Canada is a strong market.

Canadians have long been considered by businesses as more open to early adoption of new innovation. In 2012, the country had the one of the highest amounts of mobile payments processed in the world.

As the century moves forward, Canada is becoming a world leader in mobile payment acceptance and utilization.

MasterCard is one of the companies that sees Canada as the place to be. In fact the company is launching a new mobile payment solution in Canada called MasterPass.

This platform will allow vendors and consumers a way to process or use mobile payments with just a tap or two.

The platform is a sort of virtual wallet that allows consumers to enter information from up to 25 credit cards, including MasterCard competitors. Instead of working against competitors (other credit card issuers) MasterPass allows consumers to use their preferred card which makes life easier for consumers. The platform reduces the number of apps a consumer will need on their phone and the number of sign-ins needed to make purchases.

Many shopping carts are abandoned due to onerous sign in policies or purchasing requirements that aren't mobile device friendly. MasterPass aims to make shopping easier online and off.

They hope to reduce the number of abandoned virtual shopping carts with their ease of access and multiple credit card 'wallet' or 'locker'. The company notes that they are not just a credit card company but a payment company.

The Canadian Government announced a mobile payments guidelines solution for the entire country in 2012.

The solution was dubbed the Mobile Reference Model and was issued as voluntary guidelines for financial institutions, payment card companies, telecommunications companies, and merchants around the country. The MRM was intended to help all of the companies and consumers work together to safely transfer payments and payment information.

The most used form of mobile payments in Canada is the NFC or 'tap and go' system.

The Canadian Government put together an overview of the system and voluntary guidelines for consumers and businesses. It can be found here.

This document also covers the types of hardware and software that is compatible with the NFC system. Most consumers that use the system have the correct hardware (mobile smart phones), though they need to install the software. Apps are usually available through the smartphone's 'store' app pre-installed on phones. Apps can also be downloaded via the internet.

Future of Mobile In Canada

As one of the most technologically progressive countries in the world, Canada has the distinction of being where many companies test-launch mobile systems. MasterCard is taking advantage of Canada's open-minded approach to technology. Other systems from Visa and PayPal are popular as well.

The country's largest mobile phone service provider, Roger's, has plans to expand the number of phones provided that are NFC compatible. Eventually all mobile phones will be able to accept or send mobile payments.

About the Author: Tina Samuels writes for small business owners, giving advice on  how to accept payments and the virtues of social media.