Are You Getting Your Cut? 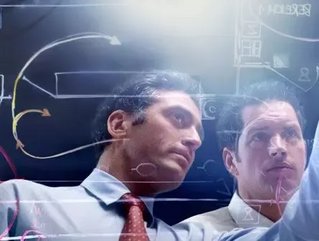 Canada’s Scientific Research and Experimental Development (SR&ED) program is one of the most lucrative Research and Development (R&D) tax incentives in the industrial world. Along with regional development and business assistance, R&D comprises four cents of the Canadian tax dollar. SR&ED, a federal incentive program administered by the CRA, awards about $3.5 billion per year as tax credits on eligible R&D costs.

Recently, SR&ED has accrued labels as being overly complicated and was targeted for improvement in the 2012 federal budget. Responding to alleged dissatisfaction by stakeholders, the federal Taxpayer’s Ombudsman published the surprising results of its investigation in February 2012, finding no recommendations or complaints with the program within the scope of its mandate. Core revisions to the program announced in the budget are four-fold: capital costs in 2014 and later will no longer be eligible for the credit; proxy will be reduced 10 percent to 55 percent of direct labour costs to take effect in 2014; percent of third-party contract payments eligible will be reduced to 80 percent; and the investment tax credit for companies that do not qualify as Canadian Controlled Private Corporations (CCPCs) will decrease five percentage points to 15 percent beginning 2014. The budget acted on some of the recommendations laid out by the Jenkins report in October. Funds redirected from the SR&ED program are being allocated to direct funding efforts, including expanding the Industrial Research Assistance Program (IRAP) and Venture Capital funding.

SR&ED is the largest of about 60 incentive programs across Canada. Unique provincial incentives introduce some friendly competition, many stacking SR&ED credits.

Atlantic Canada is enticing entrepreneurs and innovators with a collection of encouraging programs. The Atlantic Innovation Fund provides 75% or 80% assistance with wages, salaries, capital and operating costs for commercial and non-commercial projects respectively. PEI has the Innovation and Development Tax Credit, a rebate equal to 37.5%, along with a Development and Commercialization Fund. Ontario is also trying to bridge the innovation-commercialization gap with the Ontario Tax Exemption for Commercialization.

One interesting incentive program is Quebec’s Financing of Refundable Tax Credits program, offering a loan or loan guarantee based upon repayment of capital through anticipated tax credits like SR&ED. While private financial services for tax credit loans exist across Canada, Quebec is the only province to offer this essential capital financing which can be critical for small business through the government.

There are dozens of incentive programs for each province and industry, so what else is Canada doing to ignite the flame? Last year’s federal budget focused on strengthening our research advantage, fostering commercialization and business innovation as well as implementing a digital economy strategy, with a total pledge of around $15 billion to various initiatives over the next five years. The Jenkins report further recommends establishing a whole-of-government business innovation authority by introducing an Industrial Research and Innovation Council, transforming the NRC into collaborative R&D institutes, increasing government supplied risk capital, optimizing government purchasing power, and providing a clear, federal voice for innovation.

The initiative needs to be two-sided, with Canadian business leaders adding their voices to Canada’s innovation effort. Knowing where and how your business can get funding support is one great way to gain advantage.

Mahrie Boyle is a SR&ED and OIDMTC specialist with NorthBridge, a full-service firm with extensive expertise in the Scientific Research and Experimental Development (SR&ED) tax incentive program. Contact NorthBridgeto learn more about how you might be affected by changes to the SR&ED program.