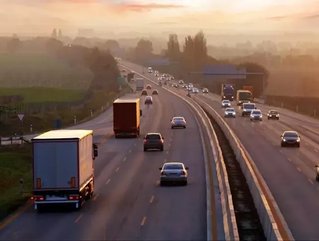 New car purchasing is proving a financial challenge for most people in the United States, according to a new report.

Bankrate used the ‘20/04/10’ financial rule – where a buyer would place a 20% down payment, take out a four-year loan and make other payments consisting of 10% of their household income – to determine whether the purchase is ‘affordable’.

It focused on 25 metropolitan areas, with buyers in only one – Washington DC – able to afford an average-priced new car on a median-income household.

The margin between an affordable price and the average price in Washington DC was 11.91%, with San Francisco next in the rankings – thought it fell short of at -2.93%.

Miami had the worst area for affordability, with the average household only able to afford a new vehicle to the value of $13,600 under the ‘20/04/10’ rule.

"The main point of this research is to illustrate how Americans are having to overextend themselves to pay for a new car at today's prices," says Bankrate.com analyst Claes Bell.

"Low- and middle-income households are having to stretch loan terms to six or more years and/or spend huge percentages of their paychecks to afford reliable transportation.”

The findings follow news that the month of June saw considerable declines in car sales in US, with General Motors, Ford and Fiat Chrysler reporting figures that dropped far below their sales numbers from June 2017.

Manufacturers are also cutting jobs, with a two percent drop in workers – a number that is likely to increase further if sales continue to fall short of expectations.

“The industry has dramatically expanded employment in the United States in the last several years, but the growth is just not there anymore,” said Harley Shaiken, a labor professor at the University of California, Berkeley.