The Bad, the Good, and Other Effects of Declining Oil Prices for Canada 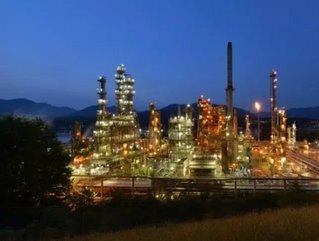 The continuous drop in oil prices has left Canadians with mixed emotions. While consumers are paying less for their fuel and energy costs, the effect of the plunge in oil price is beginning to be felt in the oil producing provinces. From the small business owners’ drop of confidence in Alberta to the reduction of Civeo Corp.’s Canadian workforce by 30%, the future of the economy and the standard of living in some provinces of the country are ultimately in jeopardy, while others may see more of a benefit.

The Negative Effects of Drop in Oil Prices for Canada:

According to the Business Barometer report released by Canadian Federation of Independent Business, eight provinces saw drops in business confidence, including drops in Canada’s largest petroleum producing provinces, Saskatchewan, Newfoundland and Labrador. In addition, Civeo’s workforce reduction and location closures have reinforced business owners’ apprehension in these parts of the country.

Civeo, a Houston based oilfield service provider, who provides long-term and temporary housing for its Canadian workers, has announced reduction in capital expenditures over the course of 2015. It is evident that lower prices will result in the shut down of unprofitable oilfields. Fewer oilsands construction or expansion projects reduce the demand for labour and accommodations.

Eventually, the interest of investors will subside and capital expenditure begins to move away from oil and gas producing regions of the country. According to the Canadian Energy Research Institute (CERI), almost every community in Canada has been touched by oilsands development through the stimulating impact it has on job creation and economic growth.

You May Also Enjoy: How Will the Purchase of Talisman by Repsol Affect Canada's Economy?

The Benefits of Drop in Oil Prices for Canada:

With the world’s oil production exceeding consumption by nearly two million barrels a day, it’s quite possible that we might not see the days of $100 oil for some time to come. For average Canadians, lower gas prices means more money available in the family budget for other purposes. Therefore, tumbling oil prices could essentially guide us towards a large economic shift.

With low oil prices, cost of running for larger energy consuming industries such as transportation will come down.  Companies trucking goods and produce will benefit from lower costs of operation, resulting in reduction in prices, which will eventually trigger a boost in consumers’ confidence and spending power.

As long as OPEC and other non-OPEC oil producing countries continue supplying oil at their current rate, it is apparent that the era of lower oil prices are here to stay for some time to come. While Canada’s exploration and petroleum producing firms might be able to withstand lower oil prices, OPEC members that need oil revenue for survival are not as fortunate.

Although Canada’s growth in export of oil has increased in recent years, Canadian Imperial Bank of Commerce (CIBC) reports that oil production accounts for only 9 per cent of gross domestic products (GDP). The same report by CIBC indicates that lower gas prices will put $10 billion extra in the hands of Canadian consumers.

The uncertainty around the magnitude and duration of reduced oil prices is prompting Canadian policy-makers and the corporate world to revisit their annual budgets and respond to this unanticipated economic reality.