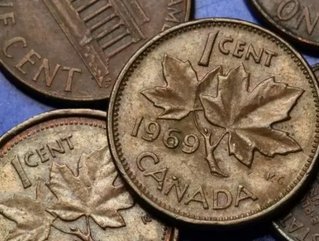 The Bank of Canada released the October Monetary Policy Report (MPR) this week and the results were surprising, as the overall global outlook has been downgraded compared to the prediction made in the July Report.

In the October 22, 2014 speech announcing the results of the MPR, Stephen S. Poloz, Governor of the Bank of Canada, highlighted the report findings and the long term financial outlook.  The report revealed that, compared to the expectations predicted in a study conducted this past spring to identify which non-energy sectors would lead the recovery in exports and which would not, many of the export sectors expected to take the lead have in fact decreased in productivity.

Upon inspection of the sectors that have been under-producing, it has been discovered that about a quarter of them have decreased in capacity more than 75% since the year 2000.  Poloz reports that, “Had the exports of these products instead risen in line with foreign demand, they would have contributed about $30 billion in additional exports last year.”  This is clearly a drastic loss that is certainly having an impact.

So why is there this massive gap in export performance?  One of the causes identified in the MPR is that there is a combination of a lack in company expansion and an increase in factory closures or restructuring.  Though companies may be investing in new technology or upgraded the internal systems, if there is no export capacity growth, this will have an effect on the gap in export performance.

Consequently, this is affecting Canada’s employment picture.  As factories are closing and companies are downsizing in response to export rates, permanent job loss is the result.  Only when companies can confidently predict an increase in export capacity will the re-building phase of the business cycle occur.

With that being said, though the report does reflect a certain decrease in the expected export performance, the Bank of Canada expresses confidence that the global economy will begin to increase once again in 2015 and 2016.  The MPR announces that the Canadian dollar has depreciated since the July Report, from 93 cents to 89 cents, and the relative exports are responding positively, particular in Canadian sectors that the U.S. benefits from.

Poloz states, “It is our judgment at this time that the risks around achieving our inflation objective over a reasonable time frame are roughly balanced. Accordingly, we believe that the current level of monetary stimulus remains appropriate.”