As Benjamin Lawsky’s tenure ends, who will replace him on Wall Street? 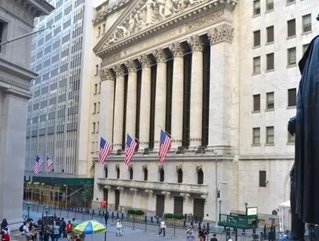 Benjamin Lawsky, the man who has been terrorizing foreign bank executives operating in New York with aggressive lawsuits, is finally moving on. For the past four years, he has been the head of the New York State Department of Financial Services, a regulatory agency created in 2011 by New York Governor Andrew Cuomo, to better oversee Wall Street after the financial crisis.

During his tenure, Lawsky ruffled the feathers of bankers and fellow officials alike. He extracted record settlements from foreign banks operating in NY and had a hand in other landmark agreements with foreign banks over sanctions and tax related violations, forcing resignations, business suspensions and reforms. Some fellow government officials took issue with him because he used unconventional tactics and did not always coordinate with them.

Lawsky has announced that he will set up his own consulting firm, likely focused on cyber security. The regulator is also a supporter of Bitcoin, so he may continue to assist bringing the virtual currency into the mainstream.

As Lawsky’s career at the NYSDFS comes to an end, questions begin effervesce as to whether the agency will maintain its reputation as an aggressive and unconventional overseer of Wall St. and foreign banks?

At the recent Reuters Financial Regulation Summit, he "stressed that the agency would continue its strong oversight of financial markets whether he is in the job or not," according to Reuters. Whether this actually happens or not will depend on who replaces him.

The New York Times reports that: “Although those discussions are in their infancy, people briefed on the matter said, names of possible contenders are circulating: Michele Hirshman, a former federal prosecutor and a partner at Paul Weiss; Hector Gonzalez, another former prosecutor who is a partner at Dechert; Marshall L. Miller, a senior Justice Department official; and Jonathan Schwartz, a former JPMorgan Chase executive who is now the general counsel of Univision. Bridget M. Healy, ING’s top lawyer in the United States, is also thought to be in the mix.”

Related Story: 3 secrets for hiring on Wall Street versus the Silicon Valley