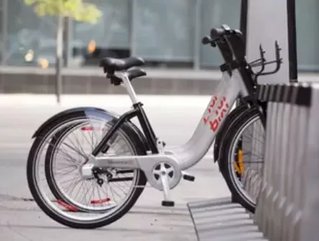 In a report issued on June 17th, Jacques Bergeron, Auditor General of the city of Montreal, has concluded that the city missed crucial steps in the Bixi bike sharing program. Specifically the city not only did not analyze the program’s feasibility, but also had no authority to commercialize and export the system, costing taxpayers millions.

Originally thought as an energy-efficient transportation system, the program had good intentions at the start, including a plan of not costing city or taxpayers money. According to the report’s findings, the program doesn’t even have legal jurisdiction to be run the way it has. Even more, although exporting has become a large source of income, the program has no legal right to be involved in commercial enterprise under the city’s charter.

The audit was conducted because of concerns from the program’s deficit and the city council’s approval of a $109 million bailout for the program in May.

Recommendations from the audit include fixing the legal issues associated with the program as well as the selling off of the export business to private companies.

In conclusion the auditor general had to say this:

“The Montréal BIXI project was carried out within a governance structure that can be described, in some respects, as hybrid, wherein, in certain cases, the decision making and ways of doing things were inspired by those often used by single owner businesses, while in other situations it was partly the unavoidable rules that apply to directors having to report to shareholders that Auditor General of the Ville de Montréal  130  2010 Special Report Public Self-Serve Bicycle Project (BIXI)were followed. However, the BIXI project is a public project. Consequently, its planning and execution must absolutely be imbued with a governance framework that is reassuring for the public and respectful of the uses of the public sector.

The general purpose of this report was to ensure that the BIXI project had been managed and controlled in a thorough manner. However, we  found that several basic rules of management were neglected or circumvented. Moreover, the city’s passivity coupled with the loose actions of the SCSM and PBSC boards of directors raise several questions in many respects.
The significant amounts of money involved, the need to protect the city’s corporate image, the potential losses to eventually be assumed by it, its involvement in the financing of both companies and the risks it entails, added to the questionable accounting treatments, the weaknesses found with regard to control and the lack of transparency, are all factors that require
that corrective measures be taken as soon as possible."
BixiBixi Montrealbike rentalpublic transportation
Share
Share