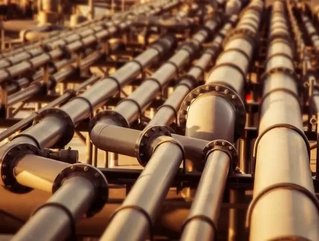 New York-based investment companies BlackRock Inc and KKR & Co have, it was announced this weekend, entered into an agreement with the Abu Dhabi National Oil Company (Adnoc) to lease the company’s oil interest in 18 pipelines for the next 23 years. The deal, which totalled US$4bn creates a new company Adnoc Oil Pipelines which will oversee the operations of the Middle Eastern Oil Producer. The company will be majority owned by Adnoc, which will accumulate 60% of the resultant profits, with the remainder being split between KKR and BlackRock.

According to a Wall Street Journal report, the company’s 18 pipelines cover a total distance of 466 miles and have a total capacity of 13mn barrels per day. The transaction marks the first time that leading, global institutional investors have deployed capital into key midstream infrastructure assets of a national oil company in the Middle East.

Commenting on the transaction, H.E. Dr. Sultan Al Jaber, UAE Minister of State and ADNOC Group CEO, said: “The level and sophistication of the investors that we are attracting as financial partners to invest, alongside ADNOC, in these select pipeline assets is a clear reflection of the UAE’s stable, attractive and reliable investment environment. It also demonstrates the global investment community’s validation of ADNOC’s progressive and smart approach to unlocking value from its portfolio of assets while retaining control over their ownership and operation.”

Henry Kravis, Co-Founder, Co-Chairman and Co-CEO of KKR, said: “We have created an innovative core midstream infrastructure platform alongside ADNOC and BlackRock that can be a catalyst for further foreign investment and broader economic transformation in the United Arab Emirates. Having long had a presence in the region, we appreciate the high quality of ADNOC as a partner and Abu Dhabi’s investor-friendly environment to enable our first direct investment in the region. With this transaction as a precedent, we believe there is substantial potential to do even more.”

“For many years BlackRock has had strong relationships in the United Arab Emirates and across the region, so we are especially pleased to be able to play a role in this landmark transaction,” said Laurence D. Fink, Chairman and CEO of BlackRock. “Public-private partnerships are essential for investment to drive continued economic growth in the region, and we believe that today’s agreement among ADNOC, BlackRock and KKR will be followed by many more such partnerships to invest in the future growth of the region.”

The transaction is expected to close in Q3 2019.