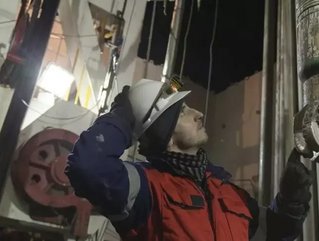 American multinational investment firm Blackstone is in talks to acquire Ulterra Drilling Technologies for US$700mn, according to Reuters
Ulterra, based in Texas, manufacturers drill bits and downhole tools for the mining, gas and oil industries, holding 8% of the global market.
Reuters said that the acquisition is to be facilitated by a debt package lined up for a formal launch in the near future.
Should the deal go through by the end of the year, it will cap a string of high-profile acquisitions for the firm in 2018.
See more:
Blackstone acquired a 55% stake in Thomson Reuters’ Financial & Risk earlier this year for $20bn, and this month announced the acquisition of life sciences firm Claris for $2.6bn.
The firm recently published its Q3 results, indicating strong growth across each of its key metrics.
“Blackstone reported excellent third quarter results, highlighted by strong fundamental growth across our key financial metrics, $1 billion in distributions and share buybacks, and $125 billion of capital inflows over the past twelve months, an industry record,” said chairman and CEO Stephen A Schwarzman.
“Assets under management increased 18% versus the prior year, bringing the total to a new record of $457 billion. We have powerful momentum throughout our existing business lines and multiple promising new initiatives underway, including the launch of Blackstone Life Sciences.”
Mergers and acquisitionsBlackstone GroupminingUlterra Drilling Technologies
Share
Share