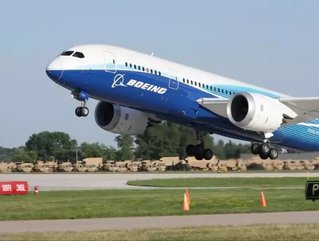 US aerospace manufacturer Boeing has announced that it will be partnering with Japan’s Mitsubishi Heavy Industries (MHI) in the aim of cutting production costs for its aircraft, the 787 Dreamliner.

"We have built our partnership with Boeing over more than 40 years, collaborating on various aircraft programs including the 737, 747, 767, 777, 787 Dreamliner and state-of-the-art 777X and look forward to cooperating to explore future opportunities,” said Shunichi Miyanaga, President and CEO of Mitsubishi Heavy Industries.

The agreement specifically focuses on reducing the production costs of the plane’s wings, with MHI manufacturing these for Boeing’s 787 at its factory located in Nagoya, Japan.

MHI will work to do this by looking to increase the efficiency of its production system and supply chain through the use lean production, automation and other methods.

"This agreement advances the strong relationship between Boeing and MHI through joint efforts to reduce cost and improve efficiency, with a focus on MHI's production for the 787 Dreamliner," said Boeing Commercial Airplanes President and CEO Kevin McAllister. "Collaboration with suppliers is at the heart of our Partnering for Success efforts, positioning our companies to win in today's competitive marketplace and look ahead to future opportunities."

Boeing procures approximately $5bn worth of goods and services from Japan annually, working with as many as 150 suppliers throughout the country.