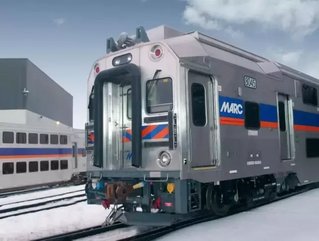 Bombardier Transportation, a subsidiary of the leading Canadian aerospace giant, has revealed that it has secured a new contract extension from the Maryland Transit Administration (MTA).

The contract, valued at $288mn, will see Bombardier Transportation continue to be responsible for the operation and maintenance of the Brunswick and Camden transit lines of the Maryland Area Regional Commuter (MARC) rail system.

The latest contact extends Bombardier Transportation’s existing services on the rail network, having first been awarded the contract in 2012. The work includes and will continue to include looking after the rail fleet, customer service, and facility maintenance, in addition to overseeing the conservation of the infrastructure itself.

The company provides similar operations for a range of metro networks across North America, including Metrolinx/GO in Toronto, SunRail in Florida, RiverLINE in New Jersey, and COASTER and SPRINTER in California, amongst others.

This will include the construction of two new stations, an expansion of the system’s maintenance facility, and supply of 24 more of its Bombardier Innova APM 200 transit vehicles.