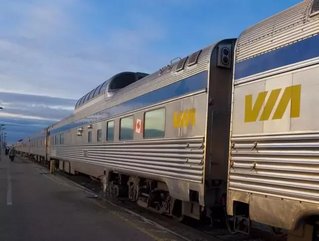 First built in the 1950s, the cars will receive upgrades that will transform them into next-generation models, drastically improving the standard of transportation for Via's customers.

“Thanks to the federal government funding received by Via Rail, we are ensuring that we remain the most accessible intercity transportation service in Canada by offering universal accessibility based on the highest standards,” said VIA Rail President and Chief Executive Officer, Yves Desjardins-Siciliano.

Bombardier will be required to implement a range of accessibility features in line with modern standards including two wheelchair lifts and an accessible washroom, alongside display screens, Wi-Fi, an improved heating system and other new features.

“Canadians expect and are entitled to a passenger rail network that is safe, efficient, affordable – and, above all, accessible,” said Canadian Minister of Transport, Marc Garneau. “The Government of Canada is proud to support Via Rail as it takes this important step towards helping make train travel more accessible and efficient for the entire population.”

The 17 cars are expected to be successfully renovated by 2020, with work set to take place at Bombardier’s La Pocatière plant.