Canada-EU deal closer to being signed: what happens next? 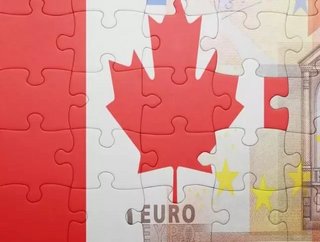 Canada is closer to signing a deal with the European Union after Belgian politicians resolved issues that had been blocking the treaty.

Earlier this week, Belgian region Wallonia opposed the Ceta deal – a agreement between Canada and the EU that would eliminate 98 percent of tariffs.  Wallonia is a staunchly socialist region, and took issue with the deal’s potential to harbour big business and threaten product standards.

The Belgian prime minister, Charles Michel, confirmed that the five Belgian regions had come to an agreement on Thursday.

So, what happens next?

The agreement came too late for an EU-Canada summit that had been planned for Thursday. Cecilia Malmström, the EU trade commissioner leading the trade talks with Canada, said she hoped a date could be set soon to sign the deal. However, European council president Donald Tusk  tweeted: “I am glad for good news from PM @CharlesMichel. Only once all procedures are finalised for EU signing CETA, will I contact PM @JustinTrudeau”

Regardless of whether the EU and Canada sign the treaty in the coming weeks, Ceta will only become an official legal document after it has been ratified by at least 38 national and regional parliaments in Europe.