Canada: The New Hot Spot for U.S. Vacationers due to Falling Dollar 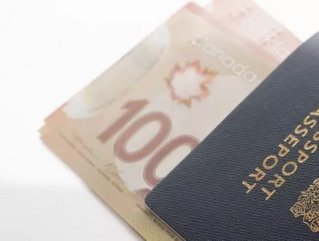 When it comes to traveling and choosing a vacation spot, Americans are no longer opting for white, sandy beaches and 80 degree weather. Instead, due to the falling dollar, Canada seems to be the new hot spot for U.S. travelers. According to Statistics Canada, U.S. vacationers are searching for a destination that they can not only enjoy, but also afford—they’ve found it in Canada! Specifically, popular locations throughout the country seem to be Ontario, Quebec, and British Columbia.

Dollar Down, Tourism Up

The Canadian dollar has fallen—quite a bit. From 94 cents US last July to under 80 cents today, Canada has become a cheap destination for U.S. vacationers. In particular, same-day car trips from the United States have increased by 5.4 percent. Though Quebec has become a city of choice with a 10 percent leap in visitors, British Columbia and Ontario have become the front runners in the race with 207,093 and 382,504 U.S. travelers, respectively.

More Bang for Your Buck

Just in February alone, 12,000 passports were scanned heading into Canada—that’s an astounding 20 percent increase from the previous year. When it comes to shopping and taking part in tourist attractions, U.S. vacationers want to spend less, but still create a trip that can be memorable. For instances, whale watching begins in April and is expected to be in high demand.

Invasion of the U.S. Vacationer

At British Columbia’s busiest border crossing, you’ll be sure to quickly notice one common element: American license plates. Canada may be the new hot spot for U.S. vacationers due to the falling dollar, but how long will this trend last?