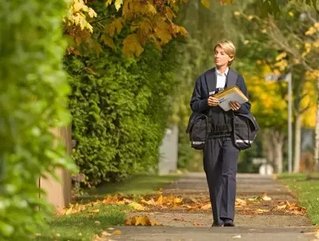 Canada Post turned in its annual report to the House of Commons yesterday which reported a continued deterioration of its core services in 2010.

Disclosing its total earnings calculated before income taxes, Canada Post's 2010 profit reached $233 million, which equals a 27 per cent decrease in comparison to 2009. Part of the problem was its Lettermail service volume, which declined by 4.5 per cent from 2009. Lettermail’s decrease is the fourth consecutive year decrease in domestic Lettermail amounts and the fifth consecutive year of decline in mail delivered per address in Canada. Volume of delivery in general has also fallen, down 1.8 per cent from 2009. What does a total mail volume look like for Canada Post? In 2010, The Canada Post delivered 10.6 billion pieces of mail, parcels and messages to more than 15 million residential and business addresses in 2010, no small feat.

Also a financial burden on Canada Posts’s earnings, said the report, is the Canada Post Pension plan. Liability cost the Crown corporation $16 billion and a pension solvency deficit of $3.2 billion by the end of 2010. Additionally, Canada Post contributed $746 million in cash to the pension plan. This resulted in a generation of negative cash from operation activities.

As a corporation, Canada Post employs 69,000 across Canada making it one of the largest employers in the nation.