Canada shows signs of a positive shift in credit behaviour 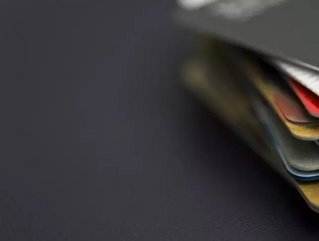 Could this be a tipping point for consumer debt in Canada? In TransUnion’s latest Canadian Industry Insights Report, we observed an easing in the rate of growth in consumer nonmortgage debt as well as a continued decrease in overall consumer-level serious delinquency rates.

In our quarterly analysis of over 28.5mn active Canadian credit users, we have seen average non-mortgage debt balances increase at a compound annual growth rate of 1.3% over the past two years. The increase in overall debt continued in Q1 2018 as average consumer non-mortgage debt rose to $29,181. However, this rate of growth has slowed over the past three quarters to total growth of only 0.7%. This may be an early indicator of a drop in consumer demand for credit as the economy slows and interest rates rise. This is supported by the latest data from Statistics Canada, where the disposable income ratio declined 1.7% to 168 as disposable income increased at a faster rate ( 1.3%) than credit market debt ( 0.3%).

While Canadian consumer debt did still rise in recent quarters, it is important to note that this is against the backdrop of a period of solid economic expansion. The combination of better-thanexpected GDP growth, the lowest average unemployment rate in decades, and increased median household income have boosted consumer confidence. Coupled with continued increases in home values, consumers have continued to take on debt. However, recent events including interest rate increases and a series of changes to mortgage lending guidelines may be catalysts for consumers potentially slowing their use of credit. In addition to the slowing balance growth, we have noticed a decline overall in new credit product origination, indicating less appetite for more credit products as well.

Despite the run-up in debt in recent years, we continue to see that there are no critical stresses in consumer ability to manage this debt. The report also showed a continued drop in consumer serious delinquency rates (consumers who are 90 or more days past due one one or more nonmortgage debt obligation); the delinquency rate in Q1 2018 dropped by 28 basis points from the prior year to 5.4%.

While we see some signs of a shift in credit behaviour generally across Canada, we have also observed the potential start of credit recovery in the oil provinces. The rapid fall in oil prices in at the end of 2014 (compounded by a series of wildfires in the Prairies in 2017) triggered an increase in both average consumer debt balance and delinquency rates. As of Q1 2018, we still see that both Alberta and Saskatchewan have higher average non-mortgage debt balances ($37K and $31K respectively versus the national rate of $29K). However we’ve seen slower growth in these balances over the past year as opposed to the national average as consumers in this region limit their exposure. Average non-mortgage debt balance per consumer in Alberta and Saskatchewan grew below the national average at 1.9% and 2.5% respectively while the national average rose 4.5%.

Further, we have seen a welcome decline in serious delinquency rates also in those provinces, potentially signalling some relief for consumers in that region. Typically, some risk metrics like delinquency have a long tail. Although these provinces have shown signs of economic recovery for a few months, we are only now starting to see that manifest itself into lower balance and delinquency rates. In light of struggles in recent years, many businesses and lenders have adopted more restrictive credit strategies in this region; we feel that perhaps this warrants some review given these early signs of recovery. Improving credit performance in these provinces comes nearly four years after the start of rapid oil price declines at the end of 2014.

As we see continued improvement in consumer credit, it is likely we will see at least one additional interest rate increase by the Bank of Canada, perhaps in the July 11 policy review. As noted above, previous rate increases as well as slowing home price appreciation may be a driver of the slowing in consumer debt growth. The Bank of Canada is likely to be very cautious in additional rate increases to avoid the risk of putting too much of a burden on the economy – especially on the spending and housing fronts. The second quarter of 2018 will be very telling as to whether Canadians continue to lessen their debt burdens which could have an impact on spending. Given looming headwinds like NAFTA negotiations and increased trade tariffs, there may be additional stress on consumers in the most affected regions. But in the meantime, Canadian consumers remain prudent with respect to debt levels and have continued to manage their credit responsibly.