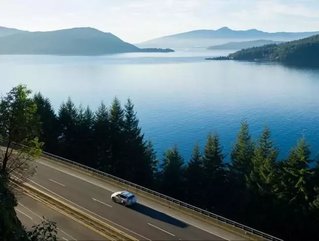 The auto manufacturers have maintained strong sales for the majority of 2017, with the industry on track to sell a record 2mn units over the course of the year.

Whilst Canadian auto sales dipped 1.2% in November year-on-year, the strong performance for the majority of the year has seen a 5% rise in auto sales for 2017 to date – an increase that likely take Canada above the 1.95mn vehicles sold last year.

With this in mind, we take a look at the top selling vehicle models that have driven this record year so far, using data from AutoFocus, with all six models mentioned having sold over 40,000 models in the first three quarters of 2017.

Both the Corolla iM and the Corolla Sedan have played a part in driving the Toyota Corolla brand to being one of the best-selling vehicle models in Canada throughout 2017. The 41,878 units sold in the first nine months represents a 16% increase year on year.

The Chevrolet Silverado is the first truck that features on the list, with trucks accounting for over two-thirds of all vehicles sales in Canada so far, this year. Year on year, the Silverado’s sales were up by a similar number, with a 31% increase.

Like the Silverado, the GMC Sierra is expecting to achieve record sales for 2017. Throughout the nine-month period the Sierra saw a 23% increase in sales.

Honda Civic is once again Canada’s highest selling car, with 2017 making it a 20th consecutive year for the vehicle model. However, despite this, the Civic still saw a 13% increase in total sales for the period as a result of the strong performance experienced across the industry.

With both of the top two best selling vehicles of first three quarters of 2017 being trucks, placing second is FCA’s RAM P/U. If sales continue in Q4 as they have for the rest of year, currently up 14%, then over 100,000 will be sold in 2017 for the first time.

The Ford F-Series has already sold more models in the first nine months of 2017 than any other vehicle is likely to produce for the whole year by some margin. The company is expected to sell over 150,000 vehicles throughout 2017 – both a 6% increase and a figure that would equal about 8% of total Canadian vehicle sales for the year.