Canada's economy grew at 2.6 percent rate in fourth quarter of 2016 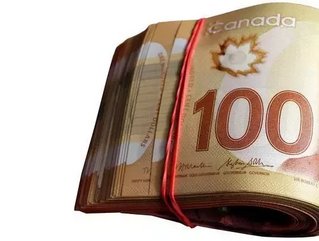 In the fourth quarter of 2016, the Canadian economy rose at 2.6 percent annualised rate, beating expectations.

Statistics Canada released data on Thursday which compares favourably to US GDP growth during the same period. This was 1.9 percent annualised.

The statistics defyed expectations - economists surveyed by Thomson Reuters had predicted an annualised growth rate of two percent for the quarter.

"There are worse ways to end a year. Canadians opened their wallets both at stores and construction offices, delivering a solid fourth-quarter economic performance. That said, the fly in the ointment continues to be business investment."wrote Brian DePratto, senior economist with TD Economics, in a note to clients.

"The gulf between top-line GDP growth of 2.6 per cent and final domestic demand growth of 0.4 per cent is a massive divide," wrote Scotiabank Economics vice-president Derek Holt in a client note.

"Recall that final domestic demand adds up consumer spending, government spending, residential investment and business investment. All totalled, these main engines of the domestic economy barely squeaked out any growth at all in Q4."