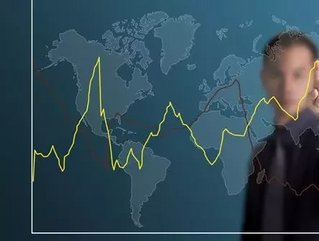 According to the latest CICA/RBC Business Monitor, fewer Canadian executive chartered accountants are predicting a recession in Canada and a majority are forecasting a positive outlook for their company's revenues and profits.

Only 14 per cent of the executive CAs surveyed believe that a Canadian recession will occur in the next six months, down 13 per cent from the previous quarter.  The respondents are also feeling better about the prospects for the American economy, with 44 per cent projecting a recession stateside, down 18 per cent from Q3 2011.  Still, almost half (45 per cent) feel that the economic state of the U.S. will represent the strongest challenge to the growth of the Canadian economy, down from 57 per cent last quarter.

“It is encouraging to see executive CAs beginning 2012 by becoming more at ease with the economic climate in Canada and the United States,” said Kevin Dancey, FCA, president and CEO, Canadian Institute of Chartered Accountants (CICA).  “Canadian businesses appear ready to face the challenges that a new year may bring but the economic storm clouds forming overseas are a looming presence.”

Almost a quarter of respondents (22 per cent) feel that the European debt crisis is the greatest challenge to economic growth in Canada, an increase of 13 per cent from last quarter.

“Although the European debt crisis is beginning to weigh on Canadian CAs, this saga doesn’t appear to be softening their optimism for their companies’ growth projections,” says Peter Conrod, vice president, Client and Business Strategy, RBC. “Canadian businesses believe that there are strong opportunities among the challenges expected in 2012.”

Important insights for the 2012 outlook:


The CICA/RBC Business Monitor is issued quarterly, based on a survey commissioned by the CICA. The report draws upon business insights of CAs in leadership positions in privately and publicly held companies across Canada.

For the Q4 2011 study, emailed surveys were completed by 311 CAs of 4,353 identified by the CICA as holding senior positions (CFOs, CEOs and COOs). The response rate was seven per cent, with a margin of error associated with this type of study at ± 5.6 per cent, with a confidence level of 95 per cent. The survey was conducted by Harris/Decima from November 8 to 28, 2011.  A background document is available online at www.cicarbcbusinessmonitor.com.