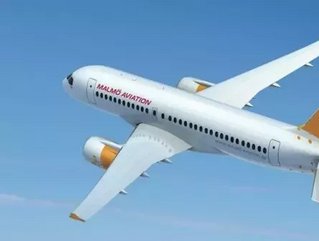 The Aerospace Industries Association of Canada (AIAC) announced today its performance results for the Canadian aerospace industry in 2011.  Seeing a total of $22.4 billion industry revenue, the aerospace industry saw a 6.7 per cent revenue increase compared to 2010. Leading revenue increases was aircraft, aircraft part and component production, bringing in a total of $11 billion, the segment totalled 49 per cent of overall revenues.

Revenue wasn’t the only area the aerospace industry saw increases. Employment in aerospace reached a total of 87,200 workers, 19,000 specifically as engineer and scientific staff, a 7.6 per cent increase from 2010.

Aerospace sales were led by exports, generating $16.4 billion, while domestic sales brought in $6 billion. The Canadian aerospace goods and services largest market is still the US, where export sales total 60 per cent of the industry at $9.8 billion. Export territories that saw increase in 2011 was the European Union, which generated $3.4 billion.

The Canadian aerospace industry’s commitment to R&D was also reflected in 2011, with expenditures increasing to $2 billion. This promotion of additional R&D was encouraged by support from SR&ED and the Strategic Aerospace and Defence Iniitative (SADI).

“The aerospace industry’s performance for 2011 demonstrates the important contribution this sector continues to makes to the Canadian economy,” said Jim Quick, President and CEO of AIAC. “The considerable increase in R&D investments reaffirms aerospace’s position as one of Canada’s largest industrial contributors to research and development.”

The AIAC additionally stated that the industry is confident in the potential for additional growth. 60 per cent of respodnants to the AIAC annula survey forecasted hiring increases of up to 15 per cent by 2016.

“2011 was a successful year for Canada’s aerospace industry,” said Quick. “In a highly competitive global market, we must continue to build on these achievements.  The ongoing Aerospace Review will be the cornerstone to maintaining our industry’s competitive edge and remain a world leader in this growing high-tech industry.”

This increase is not a surprise as industry leader Bombardier has had a good last few weeks with contracts to produce up to 45 Bombardier Q400 aircrafts for WestJet, a confirmed order for 6 Bombardier CRJ900 NextGen Aircraft for China Express, a request for an order for up to 15 Bombardier CSeries Airliners, and Jazz Aviation’s long term agreement for 15 Q400 NextGen turboprops. With this much traction for Bombardier in early and mid-2012, it will be interesting to see what the AIAC sees in the industry in 2012.