Canadian Airlines on the Rise 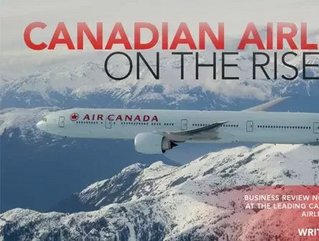 The Canadian airline industry, although smaller than its southern US counterpart, is highly competitive. With major airlines holding the leading position for a multitude of years, the smaller airlines have a hard time making a break into the market. But over the past few years, things have been changing. With Canadians looking for the best deal for cost and comfort, the larger airlines are starting to lose out to local competitors that provide cheap fares with extra benefits. This month, see how the airline industry is faring in Canada in 2012.

Leader of the Industry

Air Canada has been viewed as the top dog of the Canadian airline world for a long time. Offering the most flight options and easiest opportunities across the border to the US, it’s no wonder Air Canada is leading the industry. Air Canada serves a total of 175 destinations on five continents with local flights to 59 Canadian and 56 US cities. Ranked as the 15th largest commercial airline in the world, Air Canada serviced more than 33 million customers in 2011.

Holding the leading spot in Canada hasn’t been all fun and games for Air Canada. In 2011, the airline saw disgruntled employees represented by multiple unions embarking upon negotiation talks and many employee groups on strike as a result of negotiations going south. From flight attendants to the operations crew, issues between Air Canada and its employees continued through 2012 as late as July.

Airlines on the Rise

Although not the leader of the industry, Canada has some other airlines that have real potential for growth.  WestJet and Porter are becoming household names for travel to and from Canada. Both saw serious growth in August for their passenger load within the market.

WestJet has been making a name for itself. Offering new flight destinations, being named Canada’s most pet friendly airline, entering into agreements with other airlines for new destinations and more frequent flier opportunities to better serve customers while pursuing greener operations, WestJet has been implementing customer benefits to its operations. Hoping to compete for the top spot against Air Canada, WestJet offers service to 81 destinations worldwide and claims itself as the pioneer for low cost flying in Canada.

In August of 2012, WestJet had its highest passenger load factor ever of 88.9 per cent while its revenue passenger miles, or traffic, increased 9.2 per cent year over year. Additionally, the airline flew 172,000 more guests in comparison to August 2011.

"We are extremely pleased to report the highest single-month load factor in WestJet history and I thank our caring WestJetters for their added energy in this record-breaking month," commented WestJet President and CEO Gregg Saretsky. "The demand environment remains strong and we are seeing a growing contribution from our airline code-shares and interline partnerships."

An airline that got its start just recently, in 2006, Porter has been garnering a reputation for cost-effective flights with added benefits. Offering all passengers a perk of in-flight free alcohol, the Porter is slowly, through word-of-mouth, becoming the go-to airline for Canadian travel. Offering service to 20 destinations in Canada and the US, Porter is still a small airline but is focused on growth.  In 2012 Porter increased flight service to multiple locations, added new destinations and set a record for load factor multiple times.

In August, Porter had a passenger load factor of 74.5 per cent carrying upwards of 260,000 passengers, the highest load factor the airline has ever seen.

"This is the best month we've had in nearly six years of operating," said Robert Deluce, president and CEO of Porter Airlines. "It's a reflection of the strong passenger experience, brand and customer service that Porter is known for."