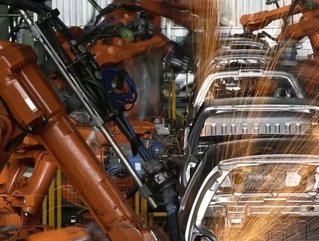 July has seen a 4.9% rise in Canadian auto sales, with the likes of General Motors, Nissan and Toyota all benefitting, whilst seeing their US sales continue to slump.

General Motors (GM) have seen the biggest increase, selling 25,852 units in the previous month, up 21.6% from July 2016. The continued rise in sales throughout 2017 has seen GM Experience a 16.4% increase in the first seven months of 2017 compared to the same period last year.

“It is like we have sold an extra months' worth of retail sales so far this year,” GM Canada’s Vice President of Sales, John Roth, revealed in a statement.

GM’s emphatic sales margins can largely be attributed to the impressive performance of their crossover SUV range which has improved in the US by 9% whilst general auto sales in the country have declined 18% this year.

However, Nissan and Toyota have also recorded increases, with sales up 10.7% and 3.8% respectively.

President of Global Automakers of Canada, David Adams, has said he expects that the current growth trend will continue, attributing much of it Canada’s recent economic growth.

“The Canadian market is trended upwards. Part of it has been due to Canada's brightening economic fortunes.”

GDP growth levels in Canada have surged of late, with latest figures recording growth at 3.7%, growing 0.6% in the month of May alone, with levels expected to be sustained, largely driven by the manufacturing sector with a 1.1% rise in activity.