Canadian Homes Have Never Been Worth More Than They Are Now! 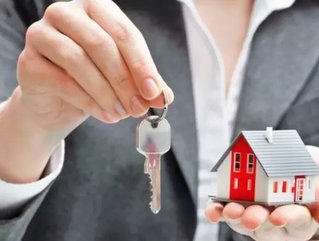 According to the Canadian Real Estate Association the average price of homes and the actual number of homes sold both rose by 7.1% compared to the same time last year.  "This marks the sixth consecutive month of stronger resale housing activity compared to a quiet start to the year, and the strongest activity for the month of October since 2009," CREA said in their latest release.

Many believe that the gain in the housing market so far this year is directly correlated to low mortgage rates and a fall in unemployment.  As the rate of unemployment decreases more homebuyers are expected to flood the market. Of course, the price growth varied amongst housing markets in different parts of the country. As in recent months, Calgary saw the biggest increase at 9.47%, Greater Toronto saw growth of 8.3% and Greater Vancouver was up 6.03%.

Average Home Prices in October 2014 Across the Country:

Another important measure in the housing market to consider is the inventory of housing which drives the housing supply and demand.  This metrics calculates the number of months it would take to liquidate the current housing inventory.

In the report released by CREA in October 2014 the inventory of housing nationally stood at 5.8 months. Since May of 2014, this number has fluctuated between 5.8 and 6 months.

Low interest rates will continue to support the increase of home sales in some of Canada’s more expensive urban housing markets.

As Canada’s economy is expected to continue its steady growth into 2015, real estate developers and investors will find Canada a low-risk environment for their real estate portfolio. Although many argue that the current drop in oil prices may weaken the economical growth, many Realtors believe that interest in home purchases might ease a little but will not completely disappear.  It has been predicted that the average selling prices across Canada will increase by 2.5% in 2015.