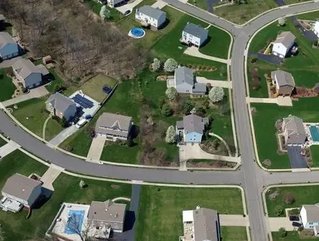 In the wake of the housing bubble spread out in Canada in recent times, there have been modifications to the Canadian housing and mortgage rules in an attempt to cool down the market and protect lenders from any losses. Many borrowers had defaulted on their respective payments leaving the lenders at a loss.

The changes in these rules, implemented since July 9th, 2012, have been the focus of many debates and criticisms from economists and prospective borrowers alike. It has been argued time and again that these amended rules will lower the demand for mortgages and hence new homes which will dampen the overall economy and lead to slower economic growth.

The Minister of Finance of Canada, Jim Flaherty, is aware of the economic consequences that these amended rules would result in. However, he believes that a trade-off will have to be made between a slower economic growth and elimination of the housing bubble in the housing and mortgage market.

However, recent forecasts project a different image. Though housing prices are expected to follow the rising trend, the raise will be a bit small than what was forecasted previously. On the contrary, the expected number of houses to be sold this year was less than what was predicted previously.

According to the estimates published by the recent forecast, around 465,600 houses are expected to be sold this year. This is 20,000 units less than what was forecasted previously. Moreover, the average sales price of houses this year is estimated to be $365,100, around $3,000 lower than that previously estimated. Though the new estimated price is lower, it is still higher than the housing prices of the previous year.

Marcus Arkan, a mortgage expert and CTO of Syndicate Mortgages, explains further, “The amended Canadian housing and mortgage rules have led to the slowing down of the market as these stringent changes have made houses unaffordable for individuals. This was further fueled by a rise in unemployment, with more and more people losing their jobs. However, according to the recent forecasts, the housing and mortgage market is expected to be softer. Moreover, it is expected that the net migration and employment growth will assist in stimulating housing demand once again”.