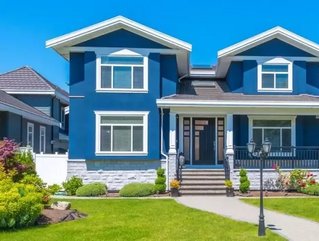 The Canadian finance minister is to make an announcement today on the country’s housing market. The official is currently anonymous as they are not authorised to speak to the media.

While waiting for the announcement to break, why not bring yourself up to speed with the Canadian housing market’s performance this year? We summarise our top property news stories from this year:

Should Canada's government get involved in the housing market? – 26 February

A report from the Angus Reid Institute found that house prices were rising fast, and many Canadian citizens were naturally unhappy.  Nearly half of Canadians living in urban areas believed that the cost of buying a house was high or even unreasonably high.

Data released in June showed that Canadian housing stats had dropped the month before. May’s figure was slightly less than economists’ expectation (190,000). The decline was led by fewer multiple starts in urban areas, including Toronto,

Moody’s Investors Service reported that the largest Canadian banks would be able to absorb the direct effects of a severe housing crisis without incurring catastrophic losses. They based this prediction on significant structural differences between the Canadian and US mortgage markets.

In August, an additional tax of 15 percent for foreigners wanting to buy a Vancouver house came into effect. For a long time, Christy Clark, the province’s premier, had resisted calls to intervene in the real estate and construction industries, which accounted for 25 percent of the province’s GDP in 2014.

For the third month in a row in July, sales of existing Canadian homes dropped, data showed.  The number of new listings on the market increased by 1.2 percent. This helped the sales-to-new listings fall to 61.6 percent after peaking at 65.3 percent in May.